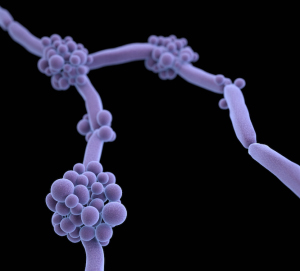 It is well known that we are having increasing issues with bacteria that are becoming resistant to antibiotics, but what is less know is that we also now have fungi becoming resistant to antifungals. Candida have increasingly become more pathogenic over the years. In this article we look at one herbal solution that has been researched more extensively than others. Before we examine how the antifungal berberine is able to reduce biofilm, growth, and kill Candida species, we need some backgrond on Candida and why berberine is studied rather than the whole herb.

A variety of Candidal species are becoming more commonly pathogenic and one of the main factors causing this is the heavy use of antibiotics. The increase in antifungal drugs, and antifungal cleaners have additionally added to this dilemma, and immunosuppressive drugs have added fuel to the fire. Candida albicans remains the most common pathogenic fungi encountered in hopsitals, while the frequency of isolation of non-Candida albicans  species such as C. tropicalis, C. krusei, C. glabrata and C. parapsilosis, has increased. Additionally, we now have a species of Candida that is quickly becoming immune to all antifungals. That species is Candida Auris and you can find an entire article on it here.

Herbal Tidbit: Why herbal constituents? Why not whole herbs?

Therefore constituents are usually studied due to ease of research and the abilitly to patent them and be able make money from the research. I find the USA does not have much research on whole herbs and such research is usually completed in other countries where herbs are more commonly used as medicines. In the USA companies are more interested in turning herbs into drugs rather than researching whole herbs.

One of these herbal constituents with strong antifungal activity is berberine, which has been found to kill Candida species, destroy biofilms and reduce  Candida's morphing from the commensal yeast form of Candida to the more aggressive pathogenic hyphal form. Berberine is a constituent found in a number of herbs that are known for their anticandidal activity as well as their general antimicrobial activity.

Berberine is found in Goldenseal - Hydrastis canadensis, Oregon grape and other species of Berberis/ Mahonia,  Phellodendron amurense, Gold thread - Coptis chinensis. Many of the antimicrobial, antifungal, antiparasitic actions of these herbs have been attributed to this one constituent. However,  the whole herb is still necessary. For instance, research shows that berberine-containing Berberis species also synthesize the substances 5'-methoxyhydnocarpin-D (5'-MHC-D) and pheophorbide a, which have no antimicrobial activity, but inhibit the expression of multidrug resistant efflux pumps (MDRs) in Staphylococcus aureus and potentiate the action of berberine. The metabolites 5-methoxyhydnocarpin-D (5'-MHC) and pheophorbide a are useful for berberine to be more fully effective. Although they have no antimicrobial activity of their own, the constituent berberine is much more effective when given in conjunction with these substances or better yet, the whole plant that contains all of these substances. Studies with Candida species still need to be conducted on using whole plant, and/or using 5'-methoxyhydnocarpin-D and berberine in comparison with just berberine to see which of these scenarios will give better results.

In a 2016 study researchers examined the antifungal activity of berberine in fluconazole-resistant pathogenic yeasts. They specifically were looking at Candida tropicalis that was resistant to fluconazole that was being acquired in the hospital. Fluconazole is a fairly strong antifungal drug that in the past has been used to treat Candida, but now there is fluconazole-resistant candida living on hospital equipment, and various devises used in surgical procedures.

This 2016 study found that berberine not only killed the free floating candida planktonic yeast cells but also the biofilm forming cells. Since many biofilms are resistant to conventional antifungal agents this was exciting news to the researchers.

Details Of This Study

This study exposed the candida to berberine and found it  caused loss of cellular membrane integrity resulting in cell membrane permeability and decreased the number of viable cells.

According to the data obtained in this study, berberine causes the death of fluconazole-resistant Candida spp. cells by apoptosis (cell suicide).

The results of this study showed that the berberine concentration necessary to inhibit both planktonic cells and preformed biofilm cells is similar. This indicates that berberine may reduce the growth of planktonic cells and inhibit the viability of cells in preformed biofilms at concentrations of 8 μg/ml and 37.5 μg/ml, respectively. This finding is relevant because biofilms are frequently associated with reduced sensitivity to conventional antifungal agents.

Hopefully, when used internally, practitioners will know enough to use berberine in conjunction with a whole plant base of Berberis spp.

In yet another study berberine is shown to down-regulate C. albicans and β-glucan synthase-related gene expressions, so as to destroy the cell wall structure of C. albicans, expose β-glucan and damage the integrity of the wall.

In a 2020 study, berberine was found to have in vitro activity against the planktonic and biofilm stages of Candida alibicans, C. glabrata, C. krusei, and C. dubliniensis.

Anticandidal Synergy Of Berberine And Drugs

Berberine Allows Decrease of Amphotericin B by75%

Research with mice who had disseminated candidiasis from C. albicans were treated with berberine and the antifungal drug amphotericin B. Using berberine in addition to amphotericin B allowed the amphotericin B dose to be lowered by 75% showing a synergy of the drug and herbal constituent against C. albicans.

Berberine And Amphotericin B Together Increase Survival Time of Mice Significantly

In vitro synergistic effects have been shown between berberine and amphotericin B against dual-species biofilms of Candida and Staphylococcus aureus.

Berberine And Fluconazole Have A Syngergistic Effect Increasing Their Affect On C. Albicans

There was an In vitro synergistic effect  between berberine hydrochloride and fluconazole that improved sensitivity of Candida albicans resistant isolates.

Fluconazole resistant  C. albicans has shown tolerance to berberine also. This tolerance has been shown to disappear when fluconazole and berberine are used together. Researchers found berberine by itself increased the cellular content of ergosterol. They also found adding ergosterol to an in vitro environment increased drug efflux pump genes and decreased berberine concentration. Fluconazole and other antifungal agents which act to lower ergosterol  levels were found to syngeistically work together with berberine against C. albicans while those antifungals that did not act on ergosterol were not able to act synergistically with berberine. So, it appears it is the ergosterol which is allowing C. albicans to be resistant to berberine. The antifungal drugs that lower ergosterol are the azoles and allylamines. I would like to see studies on these resistant C. albicans when whole Berberis spp. herb is used (both by itself as well as in conjunction with berberine). Whole Berbersis spp. herb also contain 5'-methoxyhydnocarpin-D (5'-MHC-D) and pheophorbide a, which have no antimicrobial activity, but inhibit the expression of multidrug resistant efflux pumps (MDRs) in Staphylococcus aureus and potentiate the action of berberine. I think these constituents are missing elements when berberine is extracted from Berberis species. By included the whole herb, or at least adding 5'methoxyhydroncarpin-D we  might find the fluconazole is not needed at all or at least decreases the amount needed.

I have mentioned that in my opinion it is best to use berberine in a base of whole Berberis/Mahonia species for antifungal activity. However, for those interested in finding berberine supplements in a base of whole Berberis such a product can be  hard to find, but there are some supplements available. I am including a couple that I have used in protocols as an antifungal/antimicrobial below. (I am listing links to Amazon for these products. These are affiliate links that we receive a small commission for at no cost to you when you purchase them through these links. Additionally, you support this website by buying them through these links. You can get details on our advertising policies here.) For those searching for pure berberine products, this is much easier to find and they are usually all fairly similar.

As a reminder, remember that berberine is also found in Goldenseal - Hydrastis canadensis,  Phellodendron amurense, and Gold thread - Coptis chinensis. These other herbs are used in similar manners as are the Berbersi/Mahonia species and they too probably have other constituents in them that are supportive of berberine when used for pathogens. With the issues around increasing pathogenicity of Candida it would bode well to research all of these herbs for treatment of Candida infections. 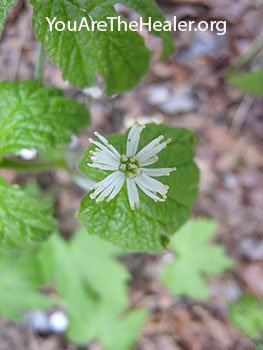 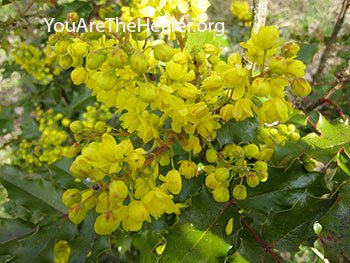 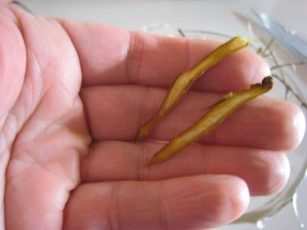 This one contains 180 Caps

This one contains 90 caps

Tweet
Share
Pin
Share
Share
Posted in Candida, Health Conditions and tagged berberine for candidiasis, berberine for yeast infection, Candida albicans, Candida treatment, Candidiasis, herbs for candida
← Candida AurisLong COVID Explained: What it is, symptoms and who gets it →