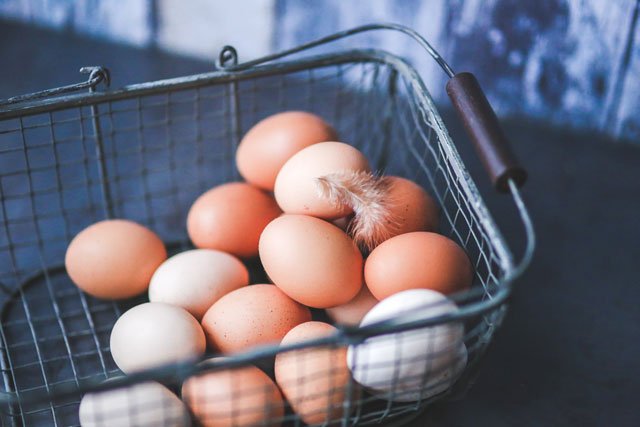 In my opinion, cholesterol has received a really bad, and completely unwarranted reputation. It  is not the cause of atherosclerosis and heart disease. Inflammation is the real culprit. The idea that cholesterol is evil is a total myth. Today, we will look at some facts about cholesterol to support this statement.

Every Cell Membrane Is Built With Cholesterol

Every cell membrane in your body is made of cholesterol, making it one of our most vital substances.

Steroid hormones are all created from cholesterol. Cholesterol is converted into pregnenolone, the “mother of all hormones.” Pregnenolone is made the adrenals, the gonads and the brain.  It is used to make many of the bodies necessary hormones. If you don’t have enough cholesterol, you can’t make pregnenolone. The list of hormones made from pregnenolone includes estrogens such as estradiol, androgens such as testosterone, adrenal hormones such as dehydroepiandrosterone, aldosterone and coritsol.

Cholesterol is needed to make vitamin D, which is involved with numerous bodily activities. Cholesterol is also used to create bile acids which are important for digestion, and removal of toxins.

Side Effects Seen With Statin Drugs Used To Lower Cholesterol

Statins are given out like candy nowadays in an attempt to lower cholesterol. Consider the side effects seen with statin drugs. The more common side effects are decreased strength, memory loss, mood changes, digestive problems, and muscle pain. We know that statins not only block synthesis of cholesterol, but also block synthesis of the antioxidant coenzyme Q10, which is needed for basic energy production by the mitochondria of our body. Lack of CoQ10 adds to the side effects of statins and in some instances is the cause of statin side effects.

The Problem Is Really Inflammation

It is A Myth That Cholesterol Is The Cause Of Atherosclerosis

What causes atherosclerosis is not known for absolute, but several theories have been proposed. It is thought to begin with damage, or dysfunction of the endothelium (the inner layer of an artery wall). The endothelial layer is an important part of the cardiovascular system that is found lining the chambers of the heart, the valves, and the inside of the 100,000 miles of blood vessels. When these endothelial cells become irritated, inflamed, and are unable to perform their job, you have the beginnings of atherosclerosis, and cardiovascular disease. Damage to the endothelium promotes endothelial dysfunction, which is characterized by altered endothelium-mediated vasodilation, increased vascular reactivity, platelet aggregation, thrombus formation, increased permeability, white blood cell adhesion and monocyte migration. This is what many practitioners now believe is the cause of atherosclerosis and "clogged arteries". Yes cholesterol can be a part of this plaque aggregation, but so can calcium. However, calcium is still considered to be a necessary and helpful part of the body and we don't try to get rid of it. We know how beneficial calcium is and do not take drugs to lower it.

The good news came in 2015 when the United States top nutrition advisory panel decided to drop its caution about eating cholesterol containing foods. They said cholesterol no longer needed to be considered a “nutrient of concern.” This is in line with the current research as well as the thoughts of many practitioners who believe dietary cholesterol may not have a significant affect on most people’s cholesterol levels, or increase the risk of heart disease. This should have been the end of the cholesterol myth, however, few people seem to actually realize that cholesterol containing foods such as eggs are no longer a concern. You now do, so go out and spread the news that cholesterol is one less thing to be frightened of.

This information is largely taken from the Cardiovascular section of the book "Herbal ABC's - The Foundation Of Herbal Medicine."

Share this with friends and family who need a new perspective on cholesterol.

Tweet
Share
Pin
Share
Share
Posted in Health Conditions and tagged atherosclerosis, cardiovascular, cholesterol, cholesterol as a vital part of our body, heart health, is choletserol the culprit in atherosclerosis, we need cholesterol
← New Edition Of Herbal Medicine From The Heart Of The EarthBitter Herbs For Indigestion →