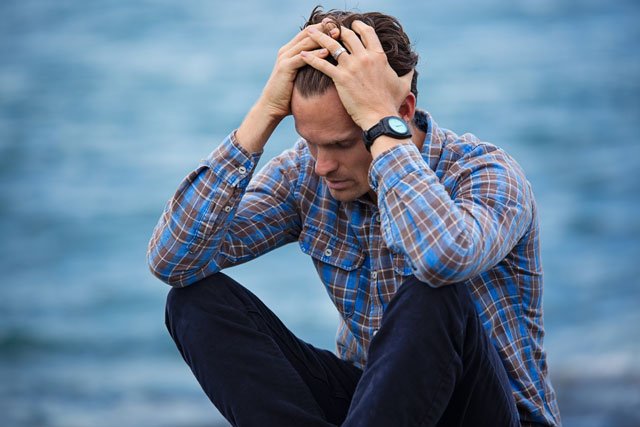 Do you, or someone you know have dementia symptoms from a mold intoxicated brain? Most practitioners do not consider mold exposure as a possible causative factor in their patients cognitive/emotional related illness causing symptoms of an intoxicated brain. Even though 1/2 the buildings in the United States are thought to be water-damaged, and 24% of the population is sensitive to mold, the possibility of mold being the cause of their patients symptoms does not usually come up in most practitioners minds.

This has to change and I will show you why. Here is a list of the cognitive, or mental symptoms that most "mycotoxin sensitive" individuals will present with if they are reacting to a moldy water-damaged building.

Often Missed By Practitioners Due To Lack Of Training

It is normal for the practitioner who does not know about "mold illness" (AKA chronic inflammatory response syndrome due to a water-damaged building), to think the individual before them has dementia, depression, a head trauma or some other mental/emotional related illness. They might think about Borreliosis (Lyme disease) or other infections. The practitioner might even think about some type of environmental toxin causing the issue, but mold exposure is all to often not on their list of possible causes. Although, they know that mold and mycotoxins are unhealthy, they were never trained to recognize "mold related illness", so when it shows up looking like dementia, or some other more common malady, they simply think that is what it is. Additionally, some people have more than mold as an issue, so it becomes complicated, and practitioners are so overwhelmed by the need to meet the demands of governmental rules, as well as insurance rules, that they just don't have time for complicated patients. (I am not kidding.) They are slowly learning about the health hazards of water-damaged buildings and "mold related illness", but in the mean time, their patients have to help them learn by pointing them to websites like this one.

If an individual has a number of the symptoms listed above, and they are living in, working in, or going to school in a building that has water-damage, they should ask their practitioner about mold. If the individual needs data to share with their practitioner, they can get it from this website. Dementia symptoms from a mold intoxicated brain will be thought to have other causes by most practitioners. You may need to be the one to start the conversation about a water-damaged building being the cause of neuological symptoms.

I am one of the 24% who are genetically sensitive to the mycotoxins, endotoxins, volatile organic compounds and other nasties released by water-damaged buildings. One day, when I was under a strong mold onslaught, I found myself driving through a part of town I had driven through previously and yet I was suddenly lost. I had to pull over and get my bearings. I remember thinking, I must be getting early Alzheimer's or some other type of dementia. Believe me, that was a sobering thought. However, it was not dementia, it was mold. That incident was about 15 years ago, and today I am much more cognitively aware than I was back then even though I am much older.

Fast forward to the present, and many more people are becoming aware that "mold related illness" can present in a similar fashion as dementia, as well as other cognitive and mental illnesses. In fact, we now know that many pathogens, such as  gut pathogens, Borrelia (Lymes Disease), mold (mycotoxins) can cause a variety of cognitive and  mental changes. There are other environmental toxins also associated with these symptoms. You often see involvement of metalotoxins, such as mercury. These biotoxins and environmental toxins present cognitively as a type of Alzheimer's. (there are other body symptoms too)  We also know that some people are more likely to present with toxin related issues due to genetics and we can check biomarkers to see if a patient falls into a susceptible category.

Mycotoxins as well as other toxins have been linked by researchers to a type of Alzheimer's that is called toxic Alzheimer's and it is reversible. Unlike other types of dementia, it shows up as non amnestic (memory is not significantly impaired) dementia. In most types of Alzheimer's there is amnestic  dementia.  In non-amnestic cognitive impairment, memory remains intact, but one or more other cognitive abilities (e.g., language, visual-spatial skills, executive functioning) are significantly impaired. It turns out that when your brain is inflamed by toxins, it affects executive function in a major way.

Executive function is a term for the neurologically-based skills involving mental control and self-regulation.

There Is A Solution

Often when a person has cognitive changes due to inflammation from a water-damaged building they can do some simple or more complex testing to find out if this is so. The Visual Contrast Sensitivity test can be done in your home on a computer. It is cheap and quick. Another test that will cost more but that many people feel confident about is a specialized MRI called NeuroQuant. It takes about 10 minutes of MRI time, so the cost is less than you would think.  This MRI can identify changes in the brain due to exposure from water-damaged buildings. (Don't worry, this can be remedied usually.)

Luckily, once the cause is recognized, it can be addressed. The person needs to remove themselves from exposure, remove any toxins remaining in their body and decrease the inflammation caused by the toxins. On this website we focus on how water-damaged buildings cause inflammation of the brain as well as the entire body. However, in the toxic world we have created, there are usually other players involved such as heavy metals, viral, bacterial, or parasitic infections, as well as other toxic burdens. So, although I share a lot of information about identifying moldy buildings, and treating people for illness surrounding this affliction, some of the data touches on other toxins and can be used for other biotoxins illness.

Here is a link to data on this website where you can learn if mold may be  making you sick.

Additionally check out the articles on Mold toxins as well as additional Environmental Toxins Affecting Your Health.

There is a great book called "The End of Alzheimer's" which addresses mold induced cognitive decline and how to treat it. It is available as a hardback or softback book. I do want to disclose that if you purchase from these links, this website receives a small amount of the purchase price. You can also access Dr. Bredesen's website here.


Remember To Send This Article To Friends And Family Who Will Benefit From Reading It!