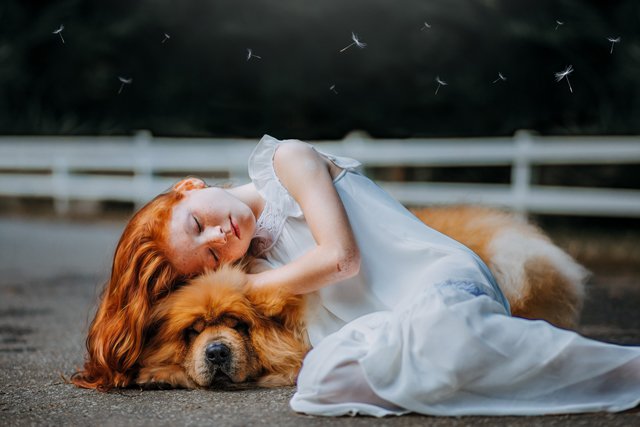 The Relationship Of Fluoride Exposure, The Pineal Gland And Sleep In Adolescents

Recently, new research studied the affect of fluoride exposure on adolescents and their sleep patterns and sleepiness. It was found that fluoride exposure (measured in water and blood plasma) may contribute to changes in the sleep cycle and sleep behaviors of adolscents (16-19 years old). Those with increased fluoride in their drinking water were more likely to report symptoms suggestive of sleep apnea, they went to bed later, and awoke later, and were more likely to snore (males), than the adolescents who had less fluoride in their drinking water.

The researchers said "We found that each 0.52 mg/L increase in household tap water fluoride concentration was associated with a 1.97 times higher likelihood of adolescents reporting having experienced symptoms suggestive of sleep apnea at least once per week. This remained significant after stringent corrections for multiple comparisons. Specifically, higher water fluoride concentrations were associated with higher odds of participants reporting snorting, gasping or stopping breathing while sleeping at night. This suggests that fluoride exposure at population-relevant levels may be a risk factor for sleep disturbances; however, additional studies are needed to explore this possibility, given the scarcity of data on this topic."

To understand why this is significant, lets look at fluroide, exposure in water, and why the pineal gland and melatonin are important to sleep and other human bodily processes.

The majority of the United States population (74%) uses public water supplies that use chemically fluoridated water for tooth decay prevention. We are experimenting with our health by adding fluoride to our water as the health effects of adding fluorosilicic acid were not studied prior to  adding it into the water. Additionally fluoride is found in some pesticides. We know fluoride has possible side effects, especially when used in excess, but we have been slow to study fluoride and the possible side effects from fluoridating our water or using it in pesticides.

We know fluoride accumulates in teeth. We know that some kids have teeth that are permanently damaged by dental fluorosis. However, with newer research we also now know that fluoride from chronic systemic exposure accumulates highly in other bodily tissues with hydroxyapatite besides teeth, such as bone and the pineal gland where melatonin is produced.  It is obvious that fluoride affects bone, although we are not certain about the specifics at this time. Studies associate fluoride with skeletal fluorosis and hip fratures. Animal and human studies have shown fluoride is associated with adverse cognitive and behavioral effects, as well as lower IQs which may be leading to the dumbing-down of populations consuming it. Most IQ studies have been in children.  Anatomical changes in the nervous system,  and  thyroid function may be affected according to research. Additionally, there is an association with fluoride and calcification of the pineal gland.

We don't understand the pineal gland fully, but we should not be damaging it with chemicals added to our water. Technically, we are not just adding fluoride to the water, we are adding fluorosilicic acid, originally from aluminum manufacturing, but now it is generally a by-product from phosphate fertilizer manufacturing. Fluorosilicic acid is composed of tetrafluorosiliciate gas and other species of fluorine gases captured in pollution scrubbers and concentrated into a 23% solution during wet process phosphate fertilizer manufacture. Generally, the acid is stored in outdoor cooling ponds before being shipped to US cities to artificially fluoridate drinking water. - Yum, give me a glass of that.

The Importance Of The Pineal Gland

The pineal gland makes melatonin. Melatonin is released into the blood circulation and into the cerebrospinal fluid.

Melatonin and serotonin are both made by the pineal gland as well as several peptides. Although it appears that many organs in the body have the ability to make melatonin, that made in the pineal glad is thought to be specifically in control of our circadium rhythem and sleep.

This gland has been called "the seat of the soul" as well as "the sphincter of the mind" and "The regulator of regulators".  The pineal gland is a photoreceptor organ that is closely related to the eye and optic nerve. It responds to light input from the retina.   From the physiologic perspective, the pineal is well situated to serve as a hub for the system of input, feedback and regulation among numerous diverse brain regions.  It synchronizes many of the hormonal and neurobehavioral activities to circadian (light/dark) rhythms. It does this by making the hormone melatonin. In the world of psychics this gland is thought to be responsible for "psychic seeing".

Melatonin plays an important role in various functions of the body. Most people know it has a relationship to sleep, but melatonin also has other effects on the body. Some of melatonin's effects are circadian biological rhythm regulation (sleep and body clock regulator), regulation of body temperature, immunoregulatory activity, oncostatic actions (counteracts effects of carcinogens or inhibits cancer), control of reproductive functions and digestive functions, growth, blood pressure, motor activity, regulation of mood and slowing down the aging process. Melatonin may act as a mediator of inter-organ communication such as found between the gut and the liver. Melatonin is also a powerful antioxidant.

Low melatonin levels may be involved in the development of alzheimer's disease, tumor formation, obesity, ischemic heart disease, and other degenerative processes associated with aging. Melatonin has also been found to be effective in combating various bacterial and viral infections and has been used in research for weight loss. Oral melatonin given to aging mice has been shown to prolong their survival and keep them in a more youthful state. Melatonin supplementation may be helpful in Parkinson's disease, amyotrophic lateral Sclerosis, and epilepsy. Melatonin may be associated with multiple sclerosis through its effects on biological cycles and the immune system. The use of melatonin is helpful in many chronic inflammatory conditions related to toxins.

It seems that mucking up our pineal gland, and decreasing our melatonin by adding fluorosilicic acid to our water is a really bad idea.

We Need To Rethink Fluoridation

Obviously, fluoride in our water and in pesticides may be harming us. Fluoride in the pineal gland is associated with calcification and might be affecting melatonin levels. This new research gives us an indication that the effect of fluoride may be decreasing melatonin and effecting sleep in adolescents. This should be further studied. In the mean time, we should rethink the addition of fluorosilicic acid in our water. You can read an indepth article on fluoride and water fluoridation here.

Want more articles like this delivered monthly to your inbox?

Dr. Sharol’s Herbal Formulas E-Book. Currently available for free if you are a member of Amazon’s kindle unlimited.