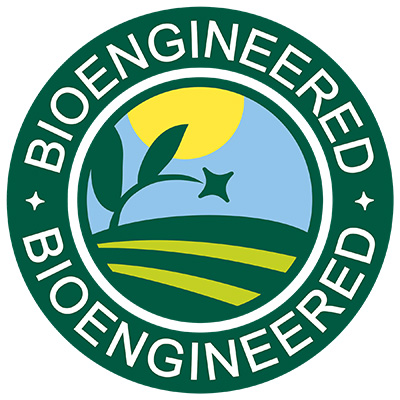 The New GMO Bioengineered Food Rule Labeling Is Now Mandatory As Of January 1, 2022

The US Department of Agriculture’s (USDA) published a final rule on December 21, 2018, implementing the National Bioengineered Food Disclosure Standard (NBFDS). However, it did not become mandatory until January 1, 2022. The USDA now requires food manufacturers, importers, retailers and others that label foods to disclose the presence of bioengineered food or food ingredients on the product labels intended for retail sale. This ruling was voluntary prior to January 1, 2022 when it became mandatory.

Should I Care About Genetically Engineered OR GMO Food

Genetically modified food is generally modified for the ease of using weed killers on the crop, (although other modifications have been made). This allows easier weed control for the farmer. This is harmful in that the buyer ends up with food that has had increased amounts of chemicals applied. For some grains and legumes this includes using the herbicide application immediately before harvest to enable an easier harvest and means the final product was sprayed not long before it became available on the market.  Additionally, genetic modification of plants can have other unwanted consequences. For an indepth look at GMO food and the lack of safety, check out Jeffrey Smiths website seeds of deception. I also include articles I have written at the bottom of this page which cover the huge increase in glyphosate that took place on this planet due to the use of it on genetically modified plants that were created to withstand the use of this herbicide. The toll on human, animal and planetary health has been huge.

What Is A Bioengineered Food According To This Rule?

The rule defines a “bioengineered food” as a “food that contains genetic material that has been modified through in vitro recombinant deoxyribonucleic acid (rDNA) techniques and for which the modification could not otherwise be obtained through conventional breeding or found in nature”.

Food derived from an animal cannot be considered a bioengineered food solely because the animal consumed feed produced from, containing, or consisting of a bioengineered substance. This means if you purchased a steak or chcken and that animal ate gnetically modified food all its life, that meat you purchased does not have to be labeled as such. Since GMO food is fed to many of the non-organic animals, I assume the producers of this food fought really hard to include this little exemption. Lets look at all the exemptions.

The  Regulations Include Specific Exemptions From This Disclosure Requirement

The Two Possible Labels on Packaging

The labels look very similar to other labels that are used to denote various healthy or positive things about foods. I have some concern that people who do not look close will not even notice these warning labels. For people in a rush, who do not look closely at this label, it looks deceptively healthy. To make it even worse, these labels do not have to be on the pacage. Four types of Labeling are allowed as legal disclosure as listed below. 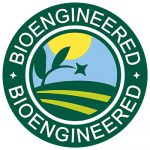 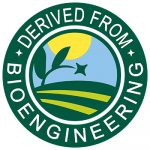 Each of these choices have their own specific requirements. The disclosure must be of “sufficient size and clarity to appear prominently and conspicuously on the label, making it likely to be read and understood by the consumer under ordinary shopping conditions”.

Naturally, most people seeing a QR code on the packaging won't pay any attention to it. It is likely that depending on the companies choice of notification, many people will still be consuming genetically modified food without knowing it. The only way to makes sure people can knowingly avoid genetically engineered food is if we make sure eveyrone knows to look for these disclosures. Send this blog to all your friends and relatives who are conscious of eating healthy food.

This Ruling Has No Teeth, However Litigation Is An Option

The USDA has limited enforcement options against all regulated sellers of bioengineered food that fail to disclose their bioengineered foods. The USDA may not recall or seize products, or issue fines for a failure to make a bioengineered food disclosure. The agency is limited to publicly disclosing the results of an investigation at the conclusion of a hearing for a noncompliant entity. This means the public will know when a company has been noncompliant. If the public wishes, they can sue any company that has been found to be in  noncompliance with the NBFDS requirements. It is thought there will be litigation from consumers as well as competitors should noncompliance take place.

Which Foods Are Commonly Bioengineered And Covered In This Rule

The Agricultural Marketing Service (AMS) developed a list of bioengineered foods to identify the crops or foods that are available in a bioengineered form throughout the world. If a food appears on the list,records must be kept for two years showing that the foods does not need to have a bioengineered food disclosure on the packing. If a business has knowledge that a food or ingredient is bioengineered, they are required to disclose that information.  As new bioengineered products continue to be developed. Even if a food is not included on the List, regulated entities whose records show that a food they are selling is bioengineered must make appropriate disclosure of that food. AMS will review the List annually and, if necessary, make updates through the federal rule making process.

What Does This Ultimately Mean

The greatest modification of food has been to allow the application of the herbicide glyphosate. These articles reveal how unhealthy this herbicide is. Additionally included below are links to Samsel and Seneff's Review Articles on glyphosate. 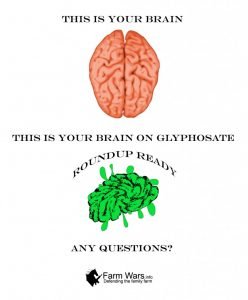 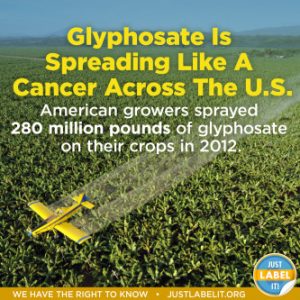 Glyphosate And Disease It Is Associated With 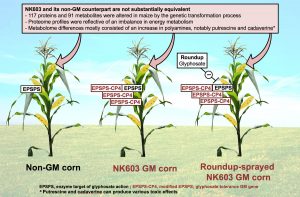 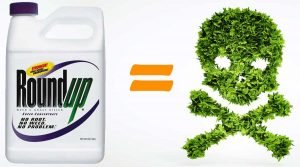 Glyphosate Incorporating Into Our Bodies Proteins