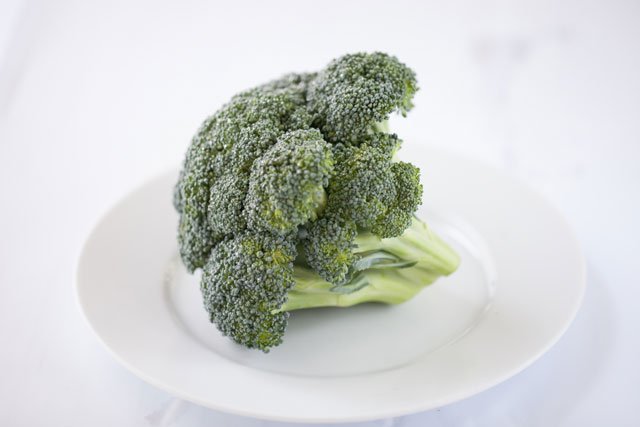 The isothiocyanate called sulforaphane derived from broccoli and other Brassicaseae plants has received a lot of attention as being a wonderful method to activate nuclear factor erythroid 2-related factor 2  (Nrf2) which then activates Phase II of our biotransformation/detox systems.  This is a really good thing. Phase II of our biotransformational/detox system helps us feel better and function better as it is transforming  toxins to be removed from our body. It protects us from cancer which is a biggy in this world of carcinogenic toxins. If you want to know more about this biotransformation system,  check out this  article here. It gives the basics on the system and has some links to more specifics.

Just a little on Nrf2 that is activated by sulforaphane:

Indeed Nrf2  plays a critical role in regulating mRNA of many phase-II drug-metabolizing genes as well as a number of efflux transporters that are important for the hepatic alteration of toxins. It has minimal effect on Phase I CYP450 genes. One of the enzymes Nrf2 can upregulate is quione reductase. This is a Phase II biotransformational/detox enzyme but also does so much more to protect you. It is highly active in the lung tissue, the gut tissue and the cells lining our blood vessels. Here it is thought to be protecting us from toxins we inhale, eat, or those that get past our lungs and gut and get into our blood stream. Quinone reductase (induced by Nrf2 and therefore induced by sulforaphane) is easily and rapidly measured in labs. This makes it a good tool looking for anticarcinogenic phytochemicals by researchers. Sulphoraphane activity can be measured in plants by looking at quinone reductase activation.

Most folks think that sulforaphane is a constituent in the brassica plants. Actually, it is not. These plants are high in a glucosinolate, called glucoraphanin that is turned into sulforaphane when it meets up with an enzyme called myrosinase. All the Brassicaceae family vegetables contain glucoraphanin. These are things such as kale, cauliflower, cabbage, broccoli, brussels' sprout. Some of the Raphanus genus also includes it such as radish. These plants are wonderful places to get phytochemicals as well as nutrients.  It turns out that some cultivars of  broccoli (and especially their  sprouts) are extremely high in glucoraphanin. Research shows the three day old sprouts to contain the most glucoraphanin. The work at Johns Hopkins University found that 3 day old sprouts of all the Brassicaceae family they tested was highest in the glucoraphanin compared to the other young sprouts or the adult vegetables. They found the 3 day old sprouts contained from 10-100 times more glucoraphanin than the mature plants. You can read more about this in the free online 1997 research study.

Raw broccoli is the way I go. Cooking destroys glucosinolates as well as the enzyme myrosinase. In the lab setting, myrosinase has been destroyed in 3 minutes of steaming. The more you chew on a head of raw broccoli, the tastier it is and the more sulforaphane you make by opening up those cells and mixing glucoraphanin and myrosinase together.

Things to remember when eating eating broccoli or other Brassicaseae plants

1. Eat it freshly picked if possible. The glucosinates steadily disappear after harvest. Open air transport and storage in stores can loose 55% of glucosinates after 3 days. Storage in a plastic bag at about 70 degrees farenheight for 7 days will loose about the same amount.

3. If you are hypothyroid, you might want to look at the negative side of eating too many  raw Brassicaseaes before entering into a diet high in these plants. See below.

4. When you cut or chew a plant with glucoraphanin and myrosinase, you get synthesis of sulforaphane. However, if you are cutting it or juicing it, the newly created sulforaphane will degrade quite fast. You need to eat it quickly.

subject. I suggest reading this new 2016 research article if you want to know more.

Some Additional Thoughts About Cruciferae Plants

Isothiocyanates are irritating to mucous membranes and not readily consumed in sufficient quantities to be toxic due to their flavor. However, if they are consumed as glucosinolates and then hydrolyzed to isothiocyanates via mastication or in the gut as described above, they are thought to have powerful antithyroid effects and interfere with the synthesis of necessary thyroid hormones. It has been thought that cooking the plants stops this formation due to damage of the myrosinase but now it appears we have bacteria that make myrosinase, and the glucosinolates are probably hydrolyzed in the colon with these bacterial produced myrosinase. It is also known that glucosinolates are damaged during cooking, The amount lost in the cooking process is variable but can be from 20-30% in steaming or boiling 10-15 minutes and 45-60% in pressure cooking. One study showed an increase in them from steaming. So, if you want more glucosinolates, steaming sounds like a good idea. If you want to lower them, get that pressure cooker out. The studies have varied results with cooking and you can read more about it here.

In animal studies they have identified that the animals can tolerate 10% of their diet being rapeseed (Cruciferae plant that also contains glucosinolates) before they have symptoms of poisoning from the glucosinolates.