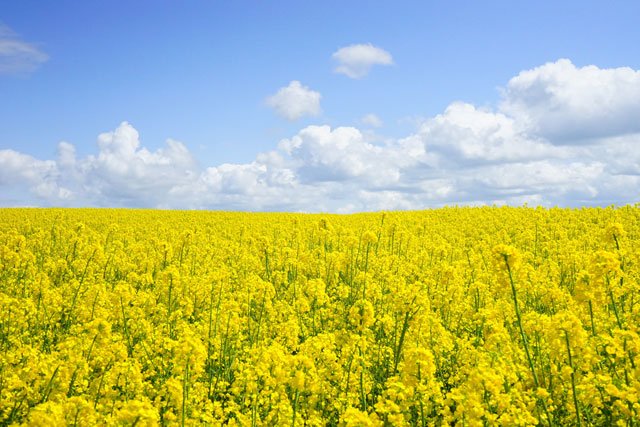 Supporting healthy respiratory tract tissues and calming down the immune system is key in preventing an explosive reaction that can irritate these sensitive membranes. There are some general behaviors and lifestyle practices that will assist the person with hay fever in living a more comfortable life. You may be surprised to find out that following this simple list I provide below will help tremendously. Dietary and lifestyle changes often negate the use of medicine, herbs or supplements or at least decrease the need for them.

Good nutrition that emphasizes antixoidant status and lowers inflammation has been shown to be supportive of respiratory health and mucus membranes in general.

The Gut And Digestion Is A Key Factor

Provide probiotics and feed your commensal gut bacteria with prebiotics if needed. There may be altered gut flora from antibiotics, chemotherapy, infectious gastroenteritis or other causes of dysbiosis. In these cases probiotics are almost always helpful. It is imperative that you have healthy gut flora. Your gut bacteria control a lot of what takes place in your body and they can add or detract from your inflammatory state. An inflamed gut ads to inflammation all over the body and will worsen hay fever reactions.

My first choice to provide healthy gut bacteria and support them is to use live fermented foods, but since many of them contain histamine, and some allergy sufferers may be bothered by high histamine foods, I would say, try the fermented foods, but be aware if you react to them, it may be due to histamine content in the food, and if so, you should avoid fermented foods during allergy season and use probiotics. You can also feed your gut bacteria with inulin from dandelion or burdock roots as an alternative choice or if you prefer to, you can purchase inulin as an expensive prebiotic supplement in the store.

Stimulate or replace digestive juices if needed. If the person is not digesting foods due to a lack of enough acid, bile or enzymes, they may not have the necessary nutrients to build resilient respiratory tract mucous membranes, or to make adequate enzymes necessary to degrade histamine. This means hay fever season becomes more daunting. The cause of the person’s lack of appropriate digestive juices needs to be found and addressed, but in the mean-time they may need to take bitter herbs to stimulate their digestion or they made need to replace some key digestive substances with hydrochloric acid and pepsin or pancreatic enzymes or ox bile. Each situation is unique and these digestive helpers are only replaced when needed and only until the cause of their lack is unearthed and remedied. There are tests that can help pin-point the causative issues. See your local naturopath or functional medicine practitioner for specific guidance.

The Relationship Of Hay Fever To Histamine And Food

Remove histamine foods if needed. The person with hay fever may find there are foods that do not usually bother them that become problematic during hay fever season. If they react to certain foods, they should stay away from them as these foods will add to the inflammatory burden.

The immune system uses histamine as part of its defense method. It allows people to deliver nutrients and oxygen via the circulation to various areas. It helps you pay attention, digest your food and move your bowels as well as enhances exercise.  However, the poor allergy sufferer has an abundance of histamine being generated in their upper respiratory tract. Generally our body makes enzymes that degrade the histamine as soon as it has done its deed. However, if you do not make an adequate amount of enzymes or if your body is overzealous in its creation of histamine you end up on over-drive. Although not studied enough, it has been noted by some individuals with hay fever that eating foods high in histamine adds to their hay fever reaction.(Yes, even though the food is eaten and not inhaled.)  The ingestion of histamine-rich food or of alcohol or drugs that release histamine or block Diamine oxidase (DAO) or histamine-N-methyltransferase (HNMT)  may provoke diarrhea, headache, rhinoconjunctival symptoms (runny and congested eyes and nose), asthma, hypotension, arrhythmia, hives, itching, flushing, and other conditions in patients with histamine intolerance. Therefore, it would behoove all hay fever sufferers to learn which foods cause histamine reactions and note if these foods may be adding to their symptoms. If so, avoiding these foods can make their life more enjoyable. (I would also point out here that monoamine oxidase is also involved in processing histamine and it requires vitamin B2 (riboflavin) and iron.)

All foods considered to be high histamine should be suspect as they can add fuel to the fire going on in your body. You are reacting to histamine released by your immune system and high histamine foods will bother you if you run out of one or both enzymes (usually diamine oxidase or DAO). Histamine can be metabolized in 2 ways: by oxidative deamination by DAO (former name: histaminase) or by ring methylation by histamine-N-methyltransferase (HNMT). DAO is released into the circulation and  is concentrated in the small intestine where it neutralizes the histamine in food or histamine made by some gut bacteria from histidine in your food. HNMT breaks down histamine at an intracellular level. It is found in high levels in the liver, and kidney and is important at breaking down histamine in the nervous system. HNMT is also important in the airway, where it protects against histamine in these tissues, including the bronchial epithelium where it protects against histamine induced asthma. Most people make plenty of these enzymes to take care of the incoming histamine, however some people do notice eating these high histamine foods can make them much worse during hay fever season, so take note if you are one of  them. We could theorize why this might take place such as the body running out of the necessary nutrients to make the enzymes that degrade the histamine, or they might have a decreased ability to make these enzymes for genetic reasons or they might just have to much histamine over all for the body to keep up period. There are also herbs that help decrease histamine levels that are used for hay fever and you can read about them here.

There are both foods high in histamine as well as foods that compete for the same enzymes needed to degrade histamine and foods that trigger mast cell release of histamine. All these categories will add to the histamine load and inflammation in the body for people who are sensitive. Foods high in histamines include alcohol (think red wine, beer), aged meats, spoiled meat, shellfish and fermented products Then there is the fact that histamine is made from the amino acid histidine. A carboxyl group is removed from the amino acid histidine and it becomes histamine. Some bacteria and yeast can change histidine in foods to histamine, which is why fermented foods containing protein can be high in histamine. Some gut bacteria can turn histidine in foods into histamine also. This means a person with dysbiosis (gut bacteria imbalance) may end up making histamine from any high protein food containing histidine. Such foods are beef, bison, pork, parmesan cheese, pork, chicken, turkey, lamb, soy, fish such as tuna, catfish and to a lesser degree seeds, nuts and beans and even lesser degree, grains. Here is a list of foods high in histidine. Note that some cuts of meat are lower than others from the same animal.

There are also some foods that trigger histamine release from mast cells. These include fruits such as chocolate, nuts, shellfish, bananas, tomatoes, kiwi, lime, lemon, pineapple, papaya and plum. Additionally some additives such as MSG, sulfites, nitrites, benzoate and artificial food colorings can increase histamine reactions in the body.

For more on histamine check out these articles:

There are some drugs known to block HNMT.

If an individual is taking one of these drugs, they may be adding to the excess histamine level in their body.

• Folate antagonists such as metoprine (HNMT requires folate for activity)

For people who have been diagnosed with histamine intolerance, there are all sorts of things that can support them. Here are a few ideas.

DAO with meals - Besides avoiding high histamine foods or foods that induce histamine release, some people take DAO with their meals.

If the person has an irritated gut from excess histamine, you may need to consider demulcent herbs to soothe irritation or inflammation.

For help with gas and bloating carminative herbs can bring relief.

If there are pathogens found on testing, they must first be dealt with or no amount of healing activity will give persistent relief.

For more information on histamine, you might check out the articles on "Alternative Acute Treatment Of Hay fever" and "Mast Cell Activation". The article on Mast cell activation has additional data on how to use enzymes to decrease histamine. This is something I find very useful as if you do not stop excess histamines in the gut, that histmine can end up in circulation and cause all sorts of problems. Why add to the histamine fire during allergy season if you can decrease it.