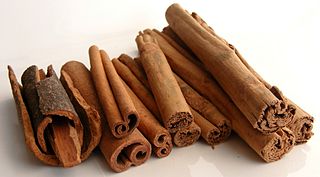 A recent article in The Journal of American Board of Family Medicine presents a case of edema from taking Cinnamon to treat diabetes. An adult man was taking 1000 mg of cinnamon powder daily (this is similar to about 2, tightly packed double-ought capsules) when he got edema. The edema resolved after he stopped taking the Cinnamon. The authors warned that "Physicians should be aware that consumption of cinnamon bark powder could cause fluid retention and possibly worsen congestive heart failure."

This man was a part of a type 2 diabetes clinical trial and started the trial with  trace (a small amount) amount of edema. (It is not normal to have edema and may have been the beginning of congestive  heart failure at this point, since he was diagnosed with it 16 months later.) He took 1000 mg of the powder daily and one week after starting the study, he presented with rapidly increasing leg swelling. His treatment was immediately stopped. He presented with no abnormal heart sounds you would expect with congestive heart failure but did have 4+ pitting edema to the knees on both sides of the body. His kidney, liver, and urine tests drawn on that day were normal. Five days after stopping treatment with the cinnamon bark powder, swelling improved back to the trace of edema he started the study with. The patient developed congestive heart failure over the next 16 months.

The researchers evaluated the coumarin dose in the cinnamon to see if it was above the .1 mg/kg that may theoretically cause liver dysfunction (which can cause edema). It was found to have 5 mg per daily dose which was under the daily dose thought to be an issue.

Therefore the researchers theorized that the cinnamon bark powder may have caused edema through mechanisms that are similar to drugs called thiazolidinediones or glitazones that are used to lower insulin resistance in type 2 diabetes. One of the most common side effects of thiazolidinediones is peripheral edema and 5% of patients using them develop peripheral edema. This percentage can increase up to 18% if used with other antidiabetic drugs. The constituent cinnamaldehyde in cinnamon bark powder activates peroxisome proliferated activated receptors with some similarity to thiazolidinediones. Cinnamaldehyde has been shown to cause enhancement in insulin sensitivity and fatty acid β-oxidation and energy uncoupling in skeletal muscle and adipose tissue. Data also suggests that cinnamon in its water extract form (the form studied) can act as an activator of both peroxisome proliferator-activated receptors α and γ, and have been suggested in the pharmaceutical world as an alternative to the thiazolidinedione peroxisome proliferator-activated receptor γ activators.

My Take Home On This

So, my take home on this is to be weary of having anyone with even a trace of edema take Cinnamon, and be especially concerned about anyone with overt edema taking Cinnamon. Additionally, it would be good for anyone using Cinnamon regularly as a medicine or as a food flavor to be aware new edema or increased edema could be related to their Cinnamon intake.

For a detailed look at the side effects and contraindications of Cinnamon check out my safety article on Cinnamon. I look at the various types of Cinnamon on the market and what we know about safety and use. I notice the data available online is quite confusing, so I tried to clarify it a bit for all of us.