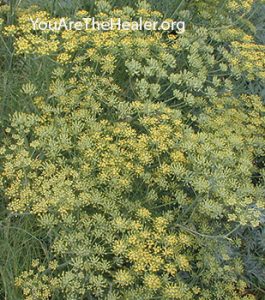 This Fennel (Foeniculum vulgare) monograph is an excerpt from the first edition of Dr. Sharol's book "Herbal Medicine From The Heart of The Earth." You can purchase the 2020, third edition of this book with an expanded materia medica/monograph section, herbal formulas and directions on making herbal products in Dr. Sharol's Book Store. You receive free shipping in the USA.

Dosage: Infusion: crush 1 teaspoon to one tablespoon of seeds per cup of water; or 1:4 dry liquid extract: 10-60 drops 1-4 times per day.

The root has been shown to work as a natriuertic  when used in crude form or liquid extract . In animal research, the seed was shown to have diuretic, analgesic, antipyretic and antimicrobial activities.  The seed is the form that gets used most often for its medicinal effects. It is especially beneficial for indigestion, gas and coughs. Due to its pleasant taste it is a plant that can easily be given to children.

Fennel will help alleviate gas and pain from functional dyspepsia when a person has made a poor food choice. It can also be helpful as part of a treatment protocol for more serious digestive health issues where it’s carminative, antispasmodic and anti-inflammatory activity may be of benefit.

Contraindications: An overdose of the essential oil can cause nausea, vomiting, seizures and pulmonary edema. It is contraindicated in pregnancy due to the emmenagogue effect and phytoestrogen activity unless under the guidance of a qualified health care practitioner.   Estragole has been implicated as being carcinogenic in mice. The tests involved feeding high doses of the single ingredient estragole. (We need to see whole herb studies to know about fennel seed.) The Working Party on Herbal Medicinal Products of the European Agency for the Evaluation of Medicinal Products made a public statement in 2005 that short term use in adults does not pose a significant cancer risk and that further studies are needed to define the dose needed in rats to cause cancer. They suggested minimizing exposure to groups such as children, as well as pregnant and breastfeeding women. It is known that allylbenzene analogs such as safrole, eugenol, and estragole are biotransformed in the liver leading to electrophilic intermediates. In 2015, researchers using rat livers found that formation of potentially genotoxic metabolites occur but that the metabolites were rapidly further metabolized to less toxic dihydrodiol or glutathione conjugates. The researchers mention although there are genotoxic metabolites formed in the rat liver, that there is a large margin of protection that takes place from further biotransformative processes such as epoxide hydrolysis and glutathione conjugation which are much greater in the human liver than the rat liver. They went so far as to suggest that no actual genotoxicity occurs in humans due to the biotransformative pathways.

Additional research in mice has found that increasing doses of estragole will show up in the mouse urine as increasing amounts of the genotoxic metabolite, 1’-hydroxyestragole. However, in humans the amount of 1’-hydroxyestragole in the urine stayed in a constant range of 0.2-0.4% throughout a wide dosage range (1-250 mg estragole or 0.01-5 mg/kg body weight.)  This leads me to believe that humans are better at biotransforming this substance. Remember that everyone’s biotransformation (detox) systems are slightly different. I am cautious about all essential oil containing plants in people with poor working biotransformational systems. I personally, will still continue consumption of fennel on occasion as I have in the past. As one last bit of information, I would add that estragole levels appear to change during growth, depending on rain fall. In one study, Fennel grown with a high precipitation, had high estragole, while that of trans-anethole was low, and Fennel grown in low precipitation had low estragole and high trans-anethole.