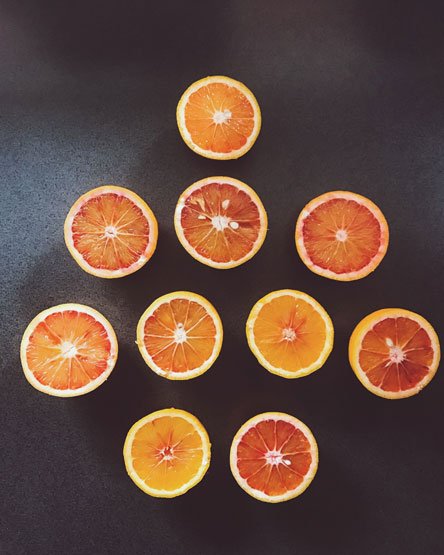 There is still widespread usage of grapefruit seed extract (GSE) within the health food industry, including its use by well meaning practitioners. This continues even though research would lead one to believe that the grapefruit seed extract being sold on the market is not natural. It is being used without people realizing it may actually be dangerous due to additional chemicals other than grape fruit seed constituents being in many of the products for sale. Research leads one to believe that it is these chemicals and not the grapefruit seed itself that is active against microbes. The fact is that the natural extract appears to have no effect and those that have synthetic chemicals in them appear to be effective.

In 1999 a study authored by (Sakamoto, Sato, Maitani, and Yamada) analyzed commercially available GSE and compared it to an ethanol extract of grapefruit seeds they made. The researchers report that two chemicals were found in GSE that were not in the ethanol extract. They were methyl-p-hydroxybenzoate and triclosan. These are two commonly used preservative compounds. Another study in 1999 followed this one.  (Von Woedtke T, Schluter B, Pflegel P, et al) They analyzed the antimicrobial efficacy of six commercially available GSEs and one extract they made from the seed and juiceless pulp of grapefruit (Citrus paradisi). The researchers found that five of the commercial extracts had significant antimicrobial activities, all of which contained the preservative benzethonium chloride. Three of these same extracts were also found to contain the preservatives triclosan and methyl parabene. The researchers found that only one of the commercial GSEs tested had no preserving agent, but that this extract as well as the extract they made had no antimicrobial activity. The researchers concluded that the antimicrobial activity being attributed to GSE was due to the synthetic preservative agents contained in them and not the grapefruit seed.

Benzethonium Chloride In Some Extracts

Benzethonium chloride is commonly used as a preservative in cosmetic products. However, it is a potentially harmful compound, and is not approved for internal use in the United States. The MSDA sheet says it may cause cancer based on animal test data. The National Toxicology Program Technical Report Series of 1995 showed Benzethonium chloride to be a possible endocrine disruptor, and that it many cause cancer. Other studies in the past show it to cause other various problems. In Switzerland benzethonium chloride is classified as a disinfectant categorized as a class 2 poison because of its teratogenicity and caustic effects. The amount found in some GSE products is as much as 8% according to research by Takeoka GR, Dao LT, Wong RY, Lundin RE, Mahoney NE. 2001. This is much more than many cosmetic products.

Triclosan, The Other Chemical Found in  GSE Products

Triclosan is structurally related to a number of bis-phenyl polychlorinated and bis-phenyl chlorophenol compounds that you have heard a lot about recently in the news and I am sure you realize they are not healthy.

Triclosan is listed by the Environmental Protection Agency (EPA) as a pesticide. It is widely used in the cosmetic industry, especially in antibiotic soaps, and may be a factor for the creation of antibiotic-resistant bacteria. Researchers are finding it in wastewater, in the tissues of fish, and even in human breast milk (Adolfsson-Erici M, Pettersson M, Parkkonen J, Sturve J. 2002.)  Even though it is approved for topical use, it is not approved for internal use in the United States.

How Grapefruit Seed Is Extracted

An industry insider said that grapefruit seed extract  was extracted as follows:  "It is synthesized from the polyphenolic compounds in grapefruit seed and pulp by numerous chemical reactions (including distillation, catalytic conversion and ammoniation)." They said the active component of one product they were associated with was a quaternary ammonium chloride (a diphenol hydroxybenzene reacted with ammonium chloride) similar to benzethonium chloride when analyzed in accordance with USP XXII/NF XVII.

Grapefruit Seed Extract Is Neither Natural Or Safe

As far as I am concerned, GSE is neither natural or safe to use. It is interesting that the seed and pulp extracts made by researchers had no antimicrobial activity. I myself have never bought or used GSE due to the negative research that exists. I find most people do not know about the research and use this product thinking it is natural and safe. Please send this article to people you know who need to be educated about GSE.