What Is An Herbal Tincture? 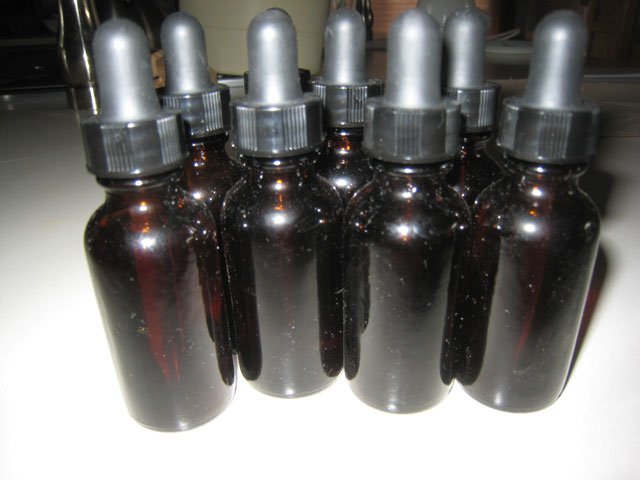 A tincture is a method of preserving herbs in a base of alcohol, or water and alcohol.  While a tincture is an extract, it is not the only type of herbal extract. You can extract herbs in vinegar, glycerin, oil or other bases, but none of these are techinically called a tincture.  Usually the vinegar is called a tinctract, or vinegar extract, and the glycerine extract is called a glycerite. A tincture is always an herbal extract made with alcohol, or a mix of alcohol and water.

You might be confused by seeing some companies calling tinctures "liquid extracts" and you might wonder if they are different than a tincture. The reason some companies have listed their tinctures for sale as liquid extracts has to do with old legal laws still on the United States books, that list "tinctures" as drugs. Therefore some companies have used the label "liquid extract" in place of tincture for purely legal reasons, as the FDA has attempted to make herbs and nutritional supplements legal drugs at various times through-out history. Herbal companies know that the FDA could use this old law at any point to claim a product being called a tincture is not a dietary supplement but really a misbranded drug.

Why Alcohol Is Often Used To Extract Herbal Constituents

Many solvents are used to extract herbal constituents but some of them are considered to be more toxic than others. So, although ether may extract some herbal constituents wonderfully, it is not something anyone wants to ingest. Of all the safer choices of extracting mediums, alcohol is one of the solvents that can be used at different dilutions with water and extract a huge variety of constituents while being more benign than some of the other extracting mediums that extract as well as or even better than alcohol.

How Is A Tincture Used

Since tinctures contain alcohol, they should be avoided by anyone who is sensitive to alcohol or is an alcoholic or has a health condition that would be negatively affected by alcohol.

Tinctures that taste good and are lower alcohol are generally taken straight by putting drops in the mouth. Tinctures that taste bad or have higher alcohol in them are generally put into a little water before ingesting. Besides using them oraly, tinctures may be used topically on the skin, used in the ear, added to a salve or added nto suppositories as they are being made.

To hide the flavor of bad tasting tinctures the tincutres may be added to food or drink. Some favorites are apple sauces or grape juice. However, they can be added to anything that can hide or enhance their flavor that is safe for the person or animal to consume.

How Much Alcohol Is Used

Alcohol preserves the herb for long periods of time, alcohol is better than water at extracting some constituents and in these cases, we increase the alcohol percentage in the menstruum. In cases where less alcohol is needed for extraction of the plant substances, we lower the alcohol percentage. In some cases water is the best extracting medium in which case, alcohol is simply used in low amounts as a preservative in the tincture as opposed to being an extracting medium. In reality, substances in a plant that are largely water soluble should be extracted as a tea, but if you want to preserve that product to use over a longer period of time, you need to add something other than water to it as a preservative. You could make an elixir from the tea or you could simply start out by making a tincture. (An elixir is usually a tea that has a sweetener such as honey and a preservative that is usually alcohol added to the tea for taste and to preserve it.)

Examples: Plants with resins or volatile oils need a high concentration of alcohol for thorough extraction while mucilaginous plants and plants high in mucopolysaccharides are better extracted with water. This is the reason mucilaginous plants, like comfrey or marshmallow are made into teas or if necessary to use as a tincture, are preserved with a low concentration of alcohol.

There are are two main methods of making herbal tinctures. One is through "maceration" over time and the other is a quick method via "percolation". The maceration method can be broken down into two subtypes which are called the "folk method" and the other method has a variety of names including "Calculation method, Formula method or Weight to Volume method".

Percolation takes only 1-2 days before you have a final product. This is the great feature about this method. It is very fast. The down side is that you can't use fresh plants (I make a lot of fresh plant tinctures) and you need slightly more specialized equipment that you will need to make or purchase.  Some herbalists feel percolation delivers a 10-30% stronger product than is achieved with maceration. However, I personally have found the macerated tinctures have worked better for me than percolated tinctures. Although I generally like the product that I get from maceration better than the product from percolation, I have not used as  many percolated tinctures as I have macerated tinctures and it is possible there are some percolated products that are better than the macerated products. You can find more information on making percolations here. 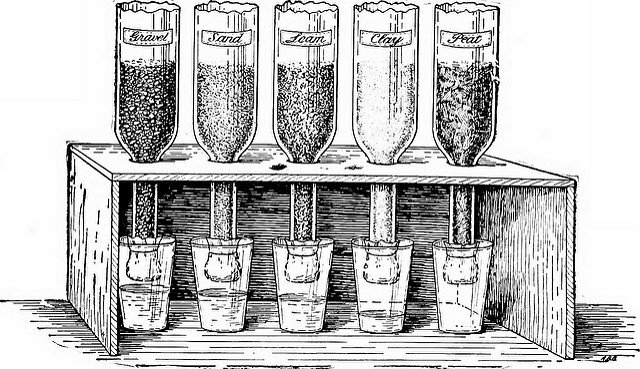 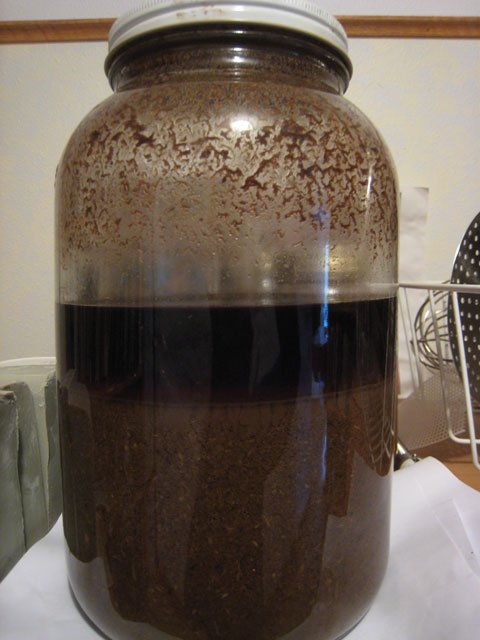 Both maceration methods take from 4 to 12 weeks to prepare. The tools needed for macerations can usually be found in your own kitchen. Both methods are examined briefly below.

The Folk Method of Macerating Tinctures

The folk method is considered the easy method of making tinctures, and it's a system that many beginning herbalists use. In the pure folk method people often don't take into consideration the percent of alcohol the plant would be best extracted with or measuring out the amount of herb that is used. Often people use whatever alcohol they have around as the solvent. Usually something that is 80 proof or 40% alcohol works for many herbs. Vodka is a favorite for herbalists as it has little or no taste and is usually about 40% alcohol. The herb and alcohol are mixed together with or without the use of a blender and they steep for 4 to 6 weeks in a cool, dark place such as a pantry with some intermittant shaking of the menstruum until it is ready to be pressed out.  This is really all there is to the folk method. It is very simple and you don't have to know much to do this. In many cases this will work just fine. I use this method when I make small amounts of tincture and don't have to be exacting as far as the percent of alcohol or strength of the product. More details on how to use the folk method to make a tincture can be found here.

The Formula/Calculation/Weight to Volume Method of Maceration

If you want to make a tincture that is the same strength each time, you need to use a bit of math and follow a formula to ensure you make the product the same each time. Herbalists use this method for consistency of product. An herbal production company uses this method out of necessity. You know what percent of alcohol and water you will have in the final product. You also know the strength will remain fairly consistent.

When using the formula method you take the amount of herb that you are going to tincture and multiply it by a set number used specifically for that herb to get the amount of solvent that will be used to arrive at a specific final product strength. Once you know the total amount of solvent you will add, you multiply that by the percent of alcohol and the percent of water you want in the final product. This gives you the total amount each of water and alcohol to add. This is fairly straight forward for dry plant tinctures. When making a fresh plant tincture it becomes more complicated as you now have to account for the amount of moisture in the plant. This necessitates, weighing a fresh plant sample and drying it, followed by re-weighing the dried herb to find out how much moisture is in the fresh plant. This moisture content is then used in your calculations to decide how much alcohol and water to add. This method is much more complicated than the folk method for people newly learning to make herbal tinctures. I suggest learning this method with an herbalist or getting the explicit details in my book "Herbal Medicine From the Heart of the Earth."