The Vital Force And Epigenetics 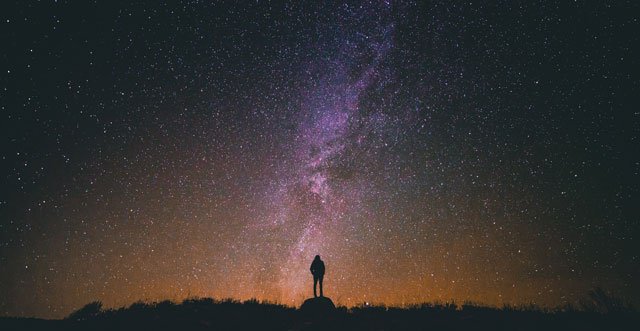 I was lucky enough to learn about medicine in the framework of Naturopathic Medicine. In this framework we learned that everything we did in medicine was to assist the vital force. Our ultimate goal with our patients was to let the vital force in the patient shine forth without impediments. The Elan Vital we call it in latin. I loved the acknowledgement of this force that for me is just as real as my skin and bones.

All life is permeated by an interconnecting force that is the essence of the one who created us. This force is Creator in action. The one with infinite names is the interconnecting glue of reality. The one that is all knowing, present everywhere, and has always been, and always will be, is that which permeates every cell of our bodies and is the basis of consciousness. For me the Vital force is an immutable fact.

Medicine Based On The Vital Force

I was delighted that many of my class mates in Naturopathic medical school seemed to understand the Vital force as an every day fact of life also. We were lucky to have classes available such as Qi Gong that was taught by a Chinese Master of Qi Gong. Here, we learned to feel and co-create with our own bit of Vital Force running through each of us. We had a variety of classes focusing on treatment that emphasized the Vital Force, yet, there was no teaching of the vital force in biochemistry, physiology etc. The very basic building blocks of medicine that we were taught to use to understand our patients, never acknowledged the Vital Force. Medical science did not seem to have any idea that the vital force existed.

It would be years before I began to see science start to include the vital force in its realm of reality. It was during my time in medical school in the late 80's that I first noticed one field of science begin to take note of the Elan Vital. This was quantum physics. Main stream medicine still does not include the vital force in its teachings. However, this is changing.

Our society has left Euclidian geometry for Fractal mathematics and we left Newtonian physics and moved into the age of Quantum physics. Chemistry is moving into the age of electrochemistry. However, medicine is still banging its head against a wall refusing to see how the "quantum field" or "vital force" effects biology. Bruce Lipton has been a shining light in the field of biology as he has repetitively shared his research and ideas over the years, until finally it seems we are entering an age of such discontent with medicine that there are more and more physicians acknowledging his view-point, and realizing there is a "Vital force" and it affects our biology.  I was surprised when listening to one of Bruce Lipton's lectures to hear him use the word "Vital force" in place of the usual word that scientists use when discussing it which is "the field".

Using Your Mind & The Vital Force to Affect Epigenetics

Bruce Lipton introduced the idea, that in the cells nucleus where the DNA is contained, is where the reproductive unit resides, and is not the "brain" of the cell as some have thought in the past. He says this is proven by the fact that the DNA can be removed, and the cell will continue to live on for a couple months or more. Eventually, since it is unable to produce proteins it will not be able to continue on. In his search trying to figure out what is controlling the cell, Bruce Lipton  came up with the idea that the membrane of the cell is what controls the cell. He equates the cells membrane with our brain.

Here Is A Synopsis Of A Bruce Lipton Idea

Amino acids (made by DNA) create proteins. Protein movement in the body is dependent on two things: Good proteins - (as opposed to genetic defects such as seen in birth defects) and a signal from the "Vital Force". He said there are three ways to mess up the signal 1) Trauma, 2) toxins 3) thought (mind). In the case of thought (mind), there is nothing wrong with the body, we are just sending the wrong signal at the wrong time. If you change your mind, you change your biology is Bruces idea. I have found in real life this is true.

The brain controls the signals. The brain of the individual cell uses the same mechanism as our brain. The cells brain is the membrane. We use our brain to categorize and give meaning to our life. Being aware of the vital force and using it to reprogram our thoughts is necessary for us all to continue on this lovely planet. By reprogramming our thoughts we affect our cell membranes and therefore send new messages to our genetic code. This is a way we can actively affect epigenetics and for the better.

In a nutshell this means, connecting in with the vital force (being in the zone - which you can do from meditation or prayer) can help you to reprogram your thoughts, beliefs and give you an edge on epigenetics.

Additionally, just as the membrane brain in our cells effects the cell which then effects our whole body, so does our brain effect us and the environment around us.