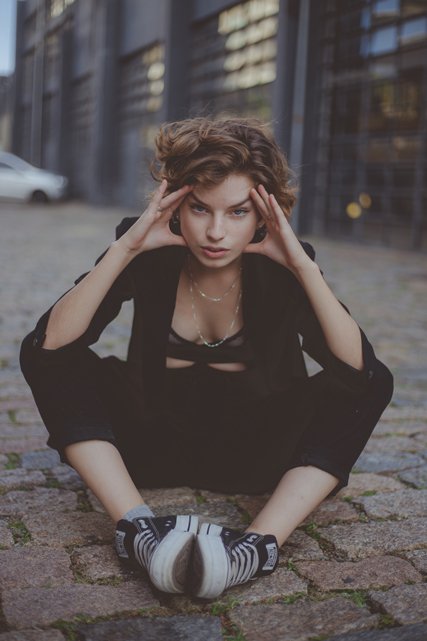 Migraines Can Be Caused By Mold In Your Environment

Migraines are a symptom and to treat them, we need to know the cause of this symptom. Without a causative factor, the individual can not be cured of their malady. Without knowing the cause, the symptomatic migraine is only temporarily treated as the causative factor/factors still remain. Treating a migraine does not remove the root of the problem and the issue will always be festering. It is best with any illness to find the causative factor/factors and deal with it/them head-on. (excuse the pun) Migraines are multi-causal and mold is one of the causes of migraines. It is time practitioners realized migraines can be caused by mold.

Migraines were long assumed to be a result of vascular changes, but now research points to anatomical and or physiologic brain differences as being an associated factor. It is not know if the brain changes in migraine sufferers are from birth and associated with genetics, or if they were environmnetallly induced or caused by the migraines.  It is known that 50% of migraine sufferers have family members who also have migraines. This fact does point to an involvement of genetics and some type of predisposition. However, both vascular changes, and the brain changes are still not necessarily the cause, but simply associated with migraines. Genetics might make the person more susceptible to migraines, but we still want to know what is setting them off. We still need to know what environmental, and lifestyle factors, or other activities of the indivual might be in involved as triggers for the person predisposed to having migraines. These factors have been hard to identify as the initiation of a migraine  actually takes place days before the actual headache begins. For people living in a moldy environmnet they can have headaches, including migraines quite often if they are continually being exposed to mycotoxins. Many of these people and even their practitioners do not realize that migraines can be caused by mold.

Moldy Buildings As The Cause Or Trigger Of Migraines

Migraines Are Not The Only Symptom Caused By Mold Exposure

Exposure to mold toxins (mytoxoins) as well as bacterial toxins and decaying building toxins are all a part of the toxicity known as Chronic Inflammatory Response Syndrome (CIRS) due to a water-damaged building. This is often called Mold Illness even though there is more than mold and mycotoxins causing the illness. Air-borne toxins from a water-damaged building can be inhaled into the lungs, as well as swallowed and travel into the digestion tract after inhalation (some of what you inhale is swept down your esophagus into your stomach). Additionally, toxins can end up on your skin where some of them are known to be absorbed. These are the common gateways mycotoxins can take to access the inner realms of your body. The symptoms that they can cause are numerous and headaches, including the specific headache called a migraine can be caused by them. If a moldy building is the cause of a headache or migraine, the likelihood is that the individual also has other symptoms such as found in the article "Symptoms Of Mold". When due to mold, the migraines are often associated with fatigue, insomnia, forgetfulness, depression and anxiety as well as digestive issues.

Not Everyone In A Moldy Building Has Migraines Or Other Symptoms

Some people question why everyone in a moldy environment is not affected similarly, so let’s address this. Our bodies are fairly resilient and are able to heal themselves easily and do every day, even from the onslaught of toxins. The ability to react to toxins is affected by our genetics as well as other factors, and some people have better ability to remove various toxins than other people. Our bodies are made to recycle and remove toxic items, but if we don’t have adequate ability to remove them due to a mix of genetics, or not providing the appropriate nutrients in our diet, or excess stressors, or if we simply have an excess abundance of toxins in our environment, the toxins can overwhelm our biotransformation system, subsequently showing up as symptoms that can incude headaches/migraines. A moldy environment may be the only factor causing migraines, but usually there is a mix of the moldy environment, along wtih susceptible genetics (to mold or perhaps may be to mold and migraines).  People with a genetic susceptibility to mycotoxins find it harder to remove mycotoxins and other toxins found in water-damaged buildings from their body. They may get sick when non-genetically susceptible people do not. When a person with migraines has been exposed to a moldy environment, a "mold illness" should always be considered as a possible cause of the migraines.

Anyone thinking they are sensitive to moldy buildings who has symptoms such as migraines will need to investigate the "water-damaged building factor" with a practitioner who is familiar with the treatment process. It starts with removing oneself from the moldy environment and avoiding moldy buildings, and other possible sources of mold. This can be hard for many people. It may mean moving or remediating their home. It can mean a change in schools/jobs or getting a school/business to clean up the moldy environment. This is not something to jump into unless you are sure your symptoms are from a water-damaged environment. You want to make sure you are reacting to a water-damaged building before expending the effort necessary to get well.

How Do You Know A Moldy Building Is The Issue

Many people are overwhelmed by how to figure out if their migraines are caused by mold. Here are some tools you can use to help you figure this out.

If you suspect a moldy home, work or job – take a vacation from the space you believe is moldy and go to a place you are sure is not moldy. You might have a friend or relative that lives in a place you know is not moldy. Some people choose to go camping. If you do that, be sure you don’t camp in a moldy trailer or a moldy tent. Removing yourself from a moldy environment will usually improve all your symptoms, or at least many of them if you are do it for a couple of weeks. A month is even better. Some people immediately feel better in days. How fast you feel better depends on how easily your body can remove mycotoxins and other toxins picked up from the water-damaged environment.

If you are not one of the people who feel better in a few days, make sure you give it at least two weeks, or better yet, a month. When you go back home, to work, or to school if you get migraines, or other symptoms return, or they get worse, this will give you an idea that there may indeed be toxins in the building and you might want to initiate further testing.

You Can Test Yourself For Visual Changes, Inflammatory Markers And Mycotoxins

If you suspect your migraines are caused by mold, the first test to take is screening test called a visual contrast sensitivity test. This test is a measure of the neurological function of vision called visual contrast. It can show the direct neurological effect of cytokines on the brain. Although not specific for mycotoxin burden, it is a good screening tool for biotoxin illness in general (mycotoxins are a type of biotoxin) and used in practitioners practices. This test does correlate with the patients mycotoxin burden and can be used over time to follow how well treatment is working. It is a quick, and can be taken online for free or relatively inexpensively.

There are various inflammatory markers that can be used for confirmation of the migraines being caused by mold. The down-side to this is the expense and the lack of specificity once again. Other types of biotoxin illnesses can look similar. This was at one time the only testing methods we had available and they do help with diganosis. Luckily, now an individual can be tested for specific mycotoxins in their urine. This is a fairly easy test. The downside to this is that the presence, or absence of mycotoxins in the urine does not tell us how much is actually stored in the cells. The body stores toxins away in the cells to keep them out of circulation. For people who have trouble removing mycotoxins, the body will keep them stored in cells as much as possible. So, if no mycotoxins are seen, or low levels exist, we don’t know if the body is not removing them effectively or if they are absent. Therefore a challenge test is usually used to move those toxins out of the cells and into the urine. This will increase the amount of mycotoxins seen in the urine as the body disposes of them. Various methods are used by people to enhance removal of the toxins prior to testing. Gutathione and sweating are two common methods people use as a challange. The downside to using these or other methods to increase removal of toxins is that the preson will usually feel worse during the process if they have not been using methods to remove the toxins already. These methods that challange the body to remove toxins from the cells increase the amount of toxins in circulation as they are transformed and shuttled out of the body through, urine, sweat, and fecal routes. If the indidual has more in cirulation than they can remove from the body, this will make them feel even sicker. It will however give a positive test, letting the person know they do indeed have a mold issue, but it can be hard on the more sensitive folks.

Testing Your Home Or Other Buildings

You can test your house for mold, and I suggest you use a DNA Quantitative PCR test as there are flaws with other types of testing. I would not use plate testing unless you want to know what a particular mold is that you see growing in your house. Plate testing is useful if you are swabbing a known mold to identify it. To find out if you have actual mold in the house where you do not see the mold, I suggest DNA testing as you will get the best idea of what is hiding behind a wall, in the attic or under the flooring. (tiny particles can get through the walls, ceiling and floor boards and are in your air and on your belongings, if in the house) Be sure to do the testing exactly as required.

When Your Diagnosis Is CIRS or Mold Illness

Some people can recover from mold illness by simply removing themselves from the moldy environment. These people have the ability to remove the toxins easily and that is all it takes. Other people have trouble removing the toxins and the corresponding inflammation caused. These people need to go through a process to get well. You can access the details on how to recover in a step-by-step process available for free on this website.

Migraines are usually multi-causal and therefore you want to rule out all causes other than mold issues that may be adding to the migraine picture.