More Than A Moldy Building 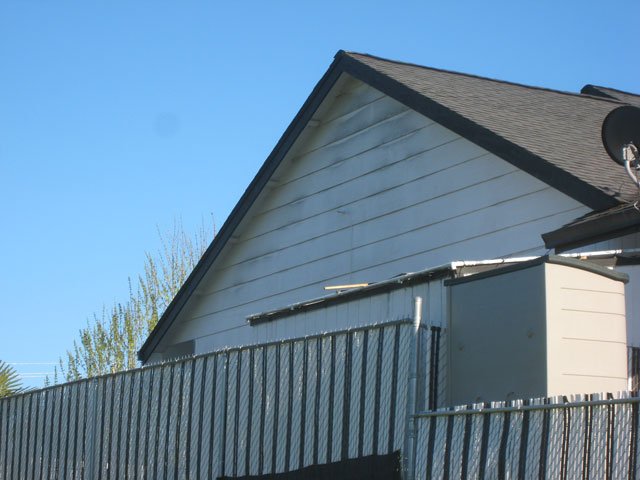 Much More Than Mold In A Moldy Building

There is so much more than mold in water-damaged buildings that cause this biotoxin response that we call a "mold" illness/susceptibility. It is technically more appropriate to call it CIRS (chronic inflammatory response syndrome) due to a water-damaged building, rather than "mold related illness" or toxic mold illness or mold susceptibility. However, "mold related illness" is largely what it is called by people. It is important that people realize they are dealing with much more than mold. Water-damaged buildings have a variety of nasties growing in them and releasing biotoxins from living organisms as well as toxins from the building materials. They contain a variety of pathogens inflammagens and toxigens. Secondary metabolites of mold and bacteria have been found in carpeting, heating, ventilation and air-conditioning systems, wallpaper and dust.

Culprits in a Water Damage Building That Cause the Illness

The chemicals in the building materials can create an environement that alters the oranisms growth, and increases the production of toxins. You can have a release of mycotoxins, bacterial endotoxins, beta glucans, mannans, proteinases, hemolysins, c-type lectins, spirocyclic drimanes, and volatile organic compounds. It is thought that the combination of these various toxins from a variety of organisms is what causes the illness. Indeed, mycotoxins which are the toxins molds make, have been identified in body fluids as well as tissue samples of people exposed to water-damaged buildings. Indeed in one clinical study Ochratoxin A (a mycotoxin) was found in 83% of over 100 individuals tested with chronic illness and a history of water-damaged building exposure. Since it is so hard to test for all of the offending organisms and their biotoxins they release into the environment and there are not tests to test for many of them in body fluids, it is easier to test for the inflammatory reaction to these toxic elements. I will talk about this in a later blog.

Why So Many Buildings Are Moldy

Buildings need to be able to convert moisture to vapor and remove it through breathable materials. However, most modern buildings in the United States are bonded with the waste product chemicals of petroleum. These products hold moisture long enough to start mold growing, as well as decrease the energy efficiency and longevity of the buildings . Ultimately, these buildings fall apart from moisture and the growth of mold and bacteria on the materials. It is thought that 2/3 of the materials used in the United States in construction of buildings do not qualify to convert moisture to vapor and are therfore going to become moldy over time.

There are sheething/insulation materials that do qualify to convert mositure into vapor and they can be used by people with common building skills. They are used in other countries and beginning to be used in the United States also.

What Mold Really Is

Molds are a type of fungi. They are multicellular and grow in filamentous hyphae (long thread-like branches). Networks of these hyphae form a mycelium which is considered a single organism. They produce airborne spores. They break down organic waste and are therefore an important part of natures recycling system. They cannot photosynthesize and just like humans they rely on organic matter for nutrition.

Mold can grow on virtually any organic material as long as moisture and oxygen are present. There are molds that grow on wood, paper, carpet, food, and insulation. Because mold eats or digests what it is growing on, it can damage a building and its furnishings. If left unchecked, mold eventually can cause structural damage to building materials.

They reproduce using both sexual and asexual methods. Molds may produce mycotoxins which can be harmful to our health as well as our animal's health.
Yeast is not mold: Yeast is also a type of fungi but it is not a mold. They are single celled microscopic fungi with an oval shape. They reproduce by mitosis (budding). There are different types of yeast such as Saccharomyces in wine and beer or Candida albicans (can bud and also grow via hyphae as well as make chlamydospores) which creates opportunistic infections in humans and animals. Candida and other yeasts, like molds may produce toxins which can be harmful to humans and animals.
It has been known for some time that fungi and the mycotoxins they create can cause health problems. However, we have focused mainly on mold allergies and mold infections (colonization). We were aware of the internal exposure to fungi such as Candida overgrowth in our intestines, or athlete's foot, as well as the infectious growth of various unusual and more serious molds seen mainly in immunocompromised individuals. There are also chronic rhinosinusitis problems caused by fungi such as Aspergillus, Chaetomium, Fusarium, Penicillium, and Trichoderma. It was Dr. Ritchie Shoemaker that brought our attention to the mold toxicity in our environment which has been causing illness in genetically susceptible individuals. This illness has been overlooked for many years by practitioners simply due to our ignorance of it. There have been some environmental Docs treating it to some degree, but Dr. Shoemaker really put mold sensitivity on the map, so more people could be treated.  It is my opinion that much of what we call "Chronic Fatigue", Chronic Lymes", "Fibrolyalgia", and "Morgellans" is really "Mold" Illness or more specifically illness due to water-damaged buildings. I also have no doubt that this susceptibility is associated with many other inflammatory diseases.

"Mold Illness" is a biotoxin illness caused by exposure to a water-damaged building.

Other Illness That May Cause Similar Symptoms

Mycotoxins (mold toxins) are a subset of biotoxins. There are other biotoxins besides mycotoxins that can cause a similar disease symptomology as mycotoxins do. They can come from toxic algae, a bite from a toxic insect or snake, Borrelia toxins et..

Some years back I realized I had a mold susceptibility and was reacting to water-damaged buildings. No one seemed to know much about it in the medical community and initially it was hard to find data. However, I read all the research I could find on the subject (There was more than I would have thought, but hard to find.) and all of Dr. Shoemakers data as it was being made available. He was not teaching Docs at the time or I would have taken his classes. I took his wonderful clinical data, the research I read mixed with what was known about biotransformation (detox) processes in the body and put together enough knowledge to help myself and others by using a  mix of binders, herbs, diet, supplements and lifestyle changes. If you think this may be an issue for you or someone you love, I suggest you learn more about "mold illness/susceptibility" as something can be done about it. You can read about my own experience  here.
Remember To Send This To Friends And Family Who Will Benefit From Reading It!