Is It Mold Making Me Sick 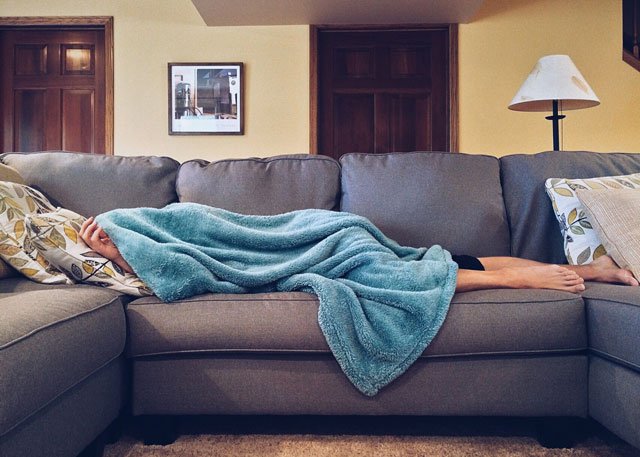 Are You Exposed To A Moldy Building

Are you unknowingly living, working or going to school in a water damaged building? If so, it could be dramatically affecting your health. Myctotoxins, endotoxins, volatile organic compounds and other toxins from water-damaged buildings are one of the indoor air pollutants that contribute to a large share of illnesses in the United States as well as other areas of our planet. It does not even have to be obvious. It could be plumbing behind a wall that is leaking slowly, or be in the HVAC system. Many people are unaware that a toxic home or workplace is contributing to their symptoms. Some indoor air pollutants are easily noted such as smoke, or a nasty smelling new carpet. However, a slow water leak from a leaky roof in your home or work can cause a a variety of health issues and not be noticed until sickness has ensued. Even when water damage and mold is noticed, it is often not remediated in an appropriate manner, and further-more people often do not connect the mold to their physical symptoms. They go through extensive testing trying to figure out the causative factor in their poor health only to be told they have "Chronic Fatigue", "Fibromyalgia" or some other illness without a known cause.

Exposure to water-damaged indoor environments often means an exposure to molds and the mycotoxins they produce, bacteria and the endotoxins they produce as well as volatile organic compounds from both molds and bacterias as well as the building materials themselves. We talk about this illness as a "mold" illness but it really involves mold, bacteria and chemicals from building materials. So, when we talk about mold illness, know that it is really a mix of mold, bacteria and chemical toxins. How the molds interact with the bacteria and the building materials can create a much worse situation than any one of these issues by themselves. Currently, we do not have a full understanding of all the causative aspects of illness that can reside in a water-damaged building. Therefore, some clinicians call this illness Chronic Inflammatory Response Syndrome, Due To Water-Damaged Building. Indeed that is what it is, but since it is so long-winded, you will hear it called Mold Related Illness quite often. I often call us folks with susceptibility to mold, simply Moldy People.

The most common types of mold that are found indoors include Cladosporium, Penicillium, Alternaria, and Aspergillus. Stachybotrys chartarum (sometimes referred to as “toxic black mold”) is a greenish-black mold, which grows on household surfaces that have high cellulose content, such as wood, fiberboard, gypsum board, paper, dust, and lint and is usually an indicator that there has been elevated moisture present or there has been previous water damage. There are a variety of molds known to grown in water-damaged buildings and many are known or thought to cause health issues.

Is Being In A Water-Damaged Building All That Bad?

Mycotoxins are associated with more diseases every day, as the research becomes availble, and alerts us to the growing connection between these toxins and many chronic illness. Exposure to mold, mycotoxins, bacteria and other toxins in a water-damaged building is well known to trigger inflammation, allergies, asthma, oxidative stress, digestive and immune dysfunction in both human and animal studies. Mycotoxins have the ability to produce various symptoms, such as skin rashes, respiratory distress, various types of inflammation through-out the body, cognitive issues, neurological symptoms, and immune suppression. The most common symptoms associated with mold exposure are respiratory such as chronic cough, allergic rhinitis and new onset asthma. Mold symptoms can be quite varied but there are specific signs and symptoms commonly seen in people with "mold illness" and I list them below.

Mold spores, fungal fragments, and mycotoxins can be measured in the indoor environments of moldy buildings, and some labs measure a handful of mycotoxins in humans who are exposed to these environments. Most of the time, we are exposed to molds and mycotoxins through skin contact, ingestion, and by inhalation. Most common are reports of exposure involving water-damaged homes, schools, office buildings, court houses, hospitals, and hotels. It’s estimated that as many as  50% of buildings in the US have had some sort of water damage.

How Do I Know If My Building Is Water Damaged?

You may be able to see visual mold growing. You may be able to smell mold. You may know that the building has had water damage in the past, but can not see mold or smell it. Any of these scenarios are reason to suspect possible toxins due to water-damage, and the building should be tested if a person has signs and symptoms that may be associated with mold related illness, or the person is not recovering from treatments for a diagnosed illness they are treating appropriately. It could be that the illness was misdiagnosed as the clinician did not know about mold related illness.

Many people use air samples but these are limited. They represent a brief moment in time, and sample a small amount of air. An air sample may be deemed completely safe and give the person a false sense of security. If the same building is tested with a quantitative PCR test it may be positive for mold while the air sample was not. 99% of the toxic substances in a water-damaged building are carried by mold fragments too small to be detected by air testing or mold plates. Therefore the best testing is DNA testing by quantitative PCR that can be compared with values already known.

A quantitative PCR called an ERMI from the lab Mycometrics has been a highly valuable tool for many practitioners and patients in evaluating the potential of ongoing mold exposure in the indoor environment. Several labs perform ERMI testing, but I would suggest Mycometrics or Forensic Analytical Lab as two labs that seem to be good labs.

The ERMI analyzes a collected dust sample for the presence of mold spores or bits of mold spores known to be associated with water-damaged buildings. The lab uses a quantitative PCR and compares these values with other common indoor molds to determine the ERMI score. The ERMI score is then evaluated to determine if the living environment may be safe. If one mold-susceptible, an ERMI score below 2 is generally desired. A more recent test called HERTSMI-2 is available from Mycometrics that is less extensive and less expensive but may be helpful to determine if a previously contaminated environment is safe for one to reenter after remediation. I would suggest using the ERMI first as I personally think it is more valid, although some would disagree with me. You can take the ERMI and get the HERTSMI-2 data from it. It also gives you additional mold spp. than the HERTSMI-2 that can be helpful.

Mold plates can be helpful, but they are not going to be as inclusive or extensive as the test you get with an ERMI for evaluating indoor environmental presence of mold.

Remember that none of these tests tell you if the person living, working or going to school in the environment is reacting to the molds either. There are some tests that help figure this out. ALCAT offers a blood test that is a mold panel for sensitivities to 20 different molds. RealTime Laboratories has a panel that looks for myoctoxins in the urine. This is limited to a small number of mycotoxins. Genetic haplotype testing is useful for someone who has removed themselves from a moldy environment and can not get well. People who have specific haplotypes, measured by a lab test, will find they have trouble removing mycotoxins from their body and treatment can be quite useful for these folks. There are a battery of lab tests a clinician can run. These are tests that are usually abnormal in people who are susceptible to mold related illness. This link above will take you to a list of mold illness related tests with links to various labs.

How Do You Know If Your Illness Is A Mold Related Illness?

Other biotoxin illness such as Lyme,  or blue green algae can share some similar symptoms. Additionally, environmental toxins and food sensitivities may have some similar overlapping symptoms.

It is good to rule out anything that may be adding stress to the person's life as this affects the body in a variety of ways and can add to symptoms or exacerbate them. Here are some ideas of various biotoxin emitting organisms.

Removing yourself from moldy environments is the first step of treatment and the most important. For those who do not have genetic sensitivity, this may be the only step necessary along with building remediation.

Remediate the building - If you can't remediate it, move.

Binders, also called bile Acid Sequestrants, Mycotoxin and Endotoxin binders: Using binders to bind toxins directly, or to bind the bile which is bound to the mycotoxins is super helpful.

Support the bodies detoxification and biotransformation process to remove toxins from the bodies. Support Phase I, II, III of the Detoxification Process: Stress support of glutathione.

Genome analysis: Getting a genome analysis and examining any mutations that may effect your biotransformational pathways can be incredibly helpful. There are dietary, environmental and supplemental actions taken to assist your health once you know what variants exist.

General Support of Organs of elimination: This includes the gastrointestinal tract, the urinary tract, the lungs, liver, and skin.

Adequate Nourishment: Make sure the body is getting adequate nourishment with a stress on minerals and antioxidants.

Avoid Foods that tend to have mycotoxins or be sure your source is clean.

Infections can take hold due to a compromised immune system: Living or working in a moldy environment can lead to immune system dysfunction which can allow microbial, or fungal colonization such as candidal overgrowth in some people. Other people may have MARCONS, while others may have repeated herpes out-breaks. It is important to attend to any viral, microbial, parasitic or fungal infections.

Use immunomodulating, anti-inflammatory herbs and supplements which will lower the inflammation that has been caused by the mycotoxins/bacteria and chemical assault. Some people prefer to use protocols that use drugs and Dr. Ritchie Shoemaker has a very good drug protocol that can be used. He addresses the specific lab markers that are found to be too high or too low in CIRS. The herbs and supplements that I use also address these lab markers as the aberrant lab markers are by, and large due to inadequate immune system response, and inflammation.

Use an air filter at home and work such as Aireox.

Click here for a full run-down on the step-by-step protocol to heal from mold related illness.