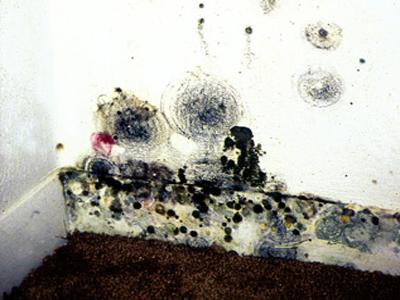 Water-damaged buildings are not just stinky, they are a health problem. It is now quite apparent that people who have been diagnosed as having Chronic Fatigue Syndrome, Fibromylagia, Post Lyme Syndrome, Myalgic Encephalitis, or any other similar inflammatory condition who are not being helped by their treatment, should take a look around them, and see if they might be living, working, or being educated in a water-damaged building.

What If You Are Ill From A Water-damged Building

For many people, removing themselves from these buildings will remedy their condition. For others, they can recover faster with treatment. However, for 25% of these people they may have a genetic susceptibility to the mycotoxins, endotoxins, and volatile organic compounds found in these buildings that keeps them from removing these toxins from their bodies adequately. This group of people may not recover fully after removing themselves from the water-damaged building and they usually need treatment to recover.

What Causes the Health Problem

How Does This Happen

Almost all modern buildings experience minor to more serious water damage during their life time. Any time a building has a moisture issue that is unattended or is not remediated appropriately it can lead to increased levels of microbial, and fungal agents along with the toxins and volatile organic compounds that they release into the air. This exposes those living, working or going to school in these buildings to unhealthy levels of inflammatory toxins. This exposure can lead to respiratory as well as non-respiratory complaints. The symptoms are quite diverse and you can find a list of them at this link.

Details on Mold/Bacteria And Their Toxins

Molds make both mycotoxins and volatile organic compounds (VOCs). VOCs are also released by toxic building materials. The VOCs are chemicals with low molecular weights  (don’t weigh much compared to other molecules), a high vapor pressure (will vaporize easily like essential oils) and are not very water soluble. This means they will evaporate into the air easily. These volatile compounds that fungi release are alcohols, aldehydes, amines, ketones, terpenes, aromatic, chlorinated hydrocarbons and sulfur-based compounds. They are all variations of carbon based molecules. They usually have some sort of odor.

In studies, the greatest production of VOC production seems to happen during spore formation (especially terpenes and sesquiterpenes) and mycotoxin production. Mycotoxins are different from VOCs in that mycotoxins are relatively large molecules that are not volatile and do not easily evaporate or “off-gas” into the air. This means what you smell in a “musty” house is the VOCs from mold, bacteria or chemicals and not the actual mycotoxins. However, if you smell fungal/microbial VOCs there are also mycotoxins/endotoxins there and the fungus may be actively making spores. Remember that bacteria and many chemicals in building materials also give off VOCs, it is not just mold. Each of these organisms affect each other as they compete for nutrients in the environment. Additionally, the building materials they are growing on can make a difference in which VOCs or how much VOCs are released. The building material itself gives off VOCs. Additionally, building materials that have some type of antifungal and/or antibacterial chemicals built into them will kill off many of the fungus and bacteria and select for only the strongest to live. Thus creating super bacteria and fungi that end up populating the building when it becomes water-damaged and is not properly remediated.

What These Toxins Do

Anyone can be bothered by these toxins, but some people have a genetic susceptibility that causes them to build up toxins in their body due to a decreased genetic ability to remove them. They have multiple body system dysregulation that can appear in many different forms depending on types of molds and mycotoxins they are exposed to as well as the individual genetics/predispositions of the individual. The mycotoxins can get on their skin and cause skin inflammation and irritation that leads to various "disease processes". The toxins can be breathed into the mouth and respiratory tract and cause reactions in the mouth such as sores, or nasal congestion, sinus congestion, and asthma. The toxins can get into their gut lining and cause inflammation and discomfort as well a leaky gut and intestinal dysbiosis. Mycotoxins can cause immune system dysregulation, neuroendocrine dysregulation, brain fog, migratory pains through-out the body, headaches, anxiety, depression and the list goes on and on. It may seem hard to believe a person can have so many symptoms from being exposed to a water-damaged building, but they can. Some symptoms are from immediate irriation and inflammation from mycotoxins but there is also dysregulation of many body systems that can be acute or chronic and effect any organ system in the body. Some people have even died or committed suicide from water-damaged building exposure that has been inadequately treated. For a more extensive idea of the symptoms these toxins can cause, go a more comprehensive page called "What Is Mold Illness".What Is Mold Illness