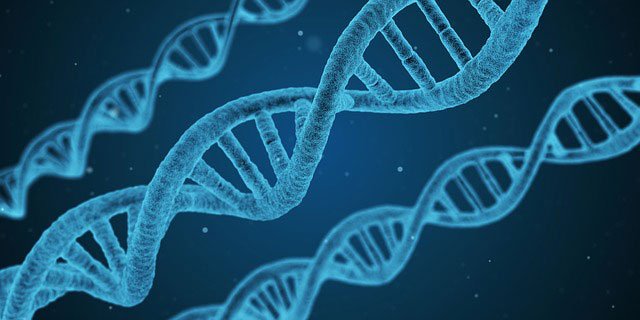 Genetic HLA DR haplotypes & Other Genes That Predispose To CIRS

People with chronic inflammatory response syndrome CIRS due to water-damaged buildings have HLA DR haplotypes that have been thought to make them susceptible to water-damaged buildings. It is thought that HLA issues keep people from removing mycotoxins from their bodies. This has been questioned.  There is some, but not enough research on HLA DR haplotypes and relationship to mold susceptibility. There is not enough evidence for us to know how improtant HLA haplotypes are. That being said, here is information on HLA DR haplotypes and the thoughts behind its relevance to mold sensitivity.

We do know there are  genetic single nucleotide polymorphisms that make it hard to remove mycotoxins from the body. These usually involve the biotransformation/detox system. There are so many that we won't go into that here, but you can read more about it in my extensive write-up on the biotransformation/detox system. The biotransformation issues can be targeted and worked with through nutrition, lifestyle, supplements, etc.  All of these factors control our genes through what we call epigenetics. We can alter our environment, our activities, or diet and other factors in our life which can either decrease or increase activity of a gene. So, we have a lot of control over the function of our genes. On the negative side of what alters gene function we have a variety of toxins that can alter them and usually in a negative way. So, removing toxins and supporting our genes by good living can make a huge difference in our health.

HLA stands for Human Leukocyte Antigen (foregin body). It is the name given to the Major Histocompatibility Complex (MHC) in humans. The HLA complex is a series of genes on human chromosome 6 that codes for proteins that are unique to each individual. They are centrally involved in the actions of the immune system. HLA-DR's primary function is to present potentially foreign particles (antigens) to the immune system so the immune system can incapacitate and remove it from the body. HLA-DR is found on the cell surface of certain white blood cells that we call antigen presenting cells.

In people who have been exposed to a water-damaged building, we are looking at major histocompatibility complex II (DRB/DRQ). We enherit one gene from our mother and one gene from our father. The genes express  proteins on the cells surface. Their job is to change a cell into an antigen presenting cell. They grab a protein and present the antigen to the acquired immune system. People with mold susceptabilties were thought to have variants of HLA DR Haplotypes that render them unable to react properly. (The primary mold-susceptible types were thought to be  7-2/3-53, 13-6-52 A/B/C, 17-2-52A, 18-4-52A.) This was thought to make their immune system unable to present the antigens appropriately. It was thought that 25% of the population was under-reactive. There are additionally other types of HLA-DR haplotypes that were found to inadequately react to other biotoxins besides mold. They include biotoxins from jellyfish stings and bee venom. When a person has specific HLA-DR haplotypes that do not react appropriate to mold toxins and they are exposed to mold toxins, their immune system will not react appropriately as mentioned previously. It sets into motion an inadequate reaction that does not remove the toxins, but it does initiatate an inflammatory state in the body that can cause a lot of symptoms. However, the mold toxins are never removed. They stay in the body and cause the immune system to continuously be on alarm as the APCs ineffectively try to get the rest of the immune system to remove the mold toxins. The person ends up being in a continuous inflammatory state.

HLA-DR testing was thought to be useful in identifying people who are unable to remove certain biotoxins and are more susceptible to those types of biotoxin illness.

Dr Ritchie Shoemaker kept extensive notes on mold susceptible people to identify the HLA haplotypes that cause this susceptibility to mold toxins. The people with these specific haplotyes were thought to not be able to remove the mycotoxins from their body like other folks. These people can end up with a condition called Chronic Iflammatory Response Syndrome (CIRS) due to water-damaged buildings.

The notes kept by Dr. Shoemaker showed that his paitents with CIRS due to water-damaged buildings shared specific HLA-DR haplotypes. If a person had chronic fatigue type symptoms and a mold susceptibility is suspected, the test was thought to show if they are indeed one of the susceptible haplotyes. Usually, they were first given a VCS test. If they do not pass this test and they have a history of being exposed to a water-damaged building, an HLA-DR haplotype test would give an indication to the practitioner that this patient may be reacting to mold mycotoxins. Other tests are also usually used as indicators too.

Dr. Shoemaker thinks 24% of people have one or two of these haplotypes. Dr. Sonia Rapaport examined databases of HLA frequencies in diferent countries and found the allele frequencies are higher than he thinks. In Belgium more than 90% of people had at least one of these alleles. So,  is this as useful as once thought. This needs more investigation. However, another idea of what is going on is not an issue with the type of HLA DR haplotypes, but an issue with how much of these proteins and other proteins are being expressed.

Some think it is not so important that we look at what type of HLA haplotypes we have, but if we have enough of them. Do we have the appropriate proteins on the white blood cells surface.  For a cell to become an antigen presenting cell it needs  the major histocompatability  complex on it's surface and also needs other proteins on it such as the b7 protein and the cell it docks with (cell that accepts the antigens) needs the CD28 or CD152 (stimulatory or inhibitory) proteins. If CD28 and CD152 are not there, the antigen presenting cell can't present to the other white blood cell. There are viruses which will suppress the white blood cells gene expression of these proteins such as Human Herpes  virus 6 (HHV6) and  Cytomegalovirus (CMV). Additionally, trauma can decrease expression of these proteins. Without these proteins on the cell surfuce you simply can't present antigens to the immune system effectively.

Note: In a study of patients  who had major trauma, the researchers measured major histocompatability complex proteins and found after trauma they are very suppressed. This is likely to keep the body from reacting in an exagerated manner to everything that take place in a trauma situation otherwise. The study found the levels normalized two weeks later.

There are other factors involved here which could effect this process. For instance glutathione depletion in antigen presenting cells inhibits Th1-associated cytokine production and/or favors Th-2-associated responses. Multiple chemical sensitivities in individuals are associated with decreased Th-1, increased Th-2 response. Mycotoxins (as well as other toxins) can deplete the body of glutathione and could add to the problems with an improper antigen presenting cells activity.  Some mycotoxins have been implicated in decreasing enzymes necessary to make glutathione also. Gluathione is also needed as a major antioxidant to protect one from toxin damage as well as being used for gluathione conjugation of some mycotoxins/other toxins which the body uses as a method to remove mycotoxins from the body. See more about mycotoxins and glutathione depletion at the bottom of the glutathione page.

The HLA DR Haplotyes Identified As Problematic By Dr. Shoemaker

Susceptible to Gardisil vaccine reactions: 11-3-52B

More likely to have hypermobility and autoimmunity: 11-3-52B

Causes trouble with Urine Testing for Mycotoxins: Please realize that people with inadequate antigen presentation are thought to have trouble identifying mycotoxins as antigens in their bodies. This means that they will have trouble removing them through the bile and intestinal system or the urine. This means a urine test for mycotoxins may come up negative in a person who has those mycotoxins in their body if they have haplotypes that are not good at tagging the mycotoxins as antigens. Sometimes the mycotoxins can be mobilized by use of a sauna or a challange test of glutathione.

HLA-DR Haplotypes by PCR is the test that has been used to identify haplotypes atLabCorp in the past.

Here is a description that helps to understand HLA-DR activity although it is not really what is going on.

Imagine the HLA-DR molecule on the outside of the white blood cell cell wall as a little hand they are holding out. Also imagne that the cell picks up particles around it, ingests it and then regurgitates out parts of it onto the hand. The cell then presents this to other immune cells who examine it and decide what they should do about the foreign particles presented to them. Their decision depends on both what the HLA-DR molecule is handing to them as well as other indicators in their environment. Once they decide, they can morph into an advanced type of WBC that will allow it to handle the situation. This is not exactly what happens but close enough to explain it. For a scientific explanation you can read above or even get more details at the University of South Carolina.

I found someone has set up an HLA-DR calculator to help people deciphor their tests themselves. I have no idea if it is completely accurate, but I am listing a link here.

For The Medical Geek In You

Here is the medical science on how HLA polymorphisms can instigate CIRS due to water-damaged buildings:

The MHC (Major Histocompatibility Complex) contains more than 200 genes which are situated on the short arm of chromosome 6 at 6p21.3 The role of HLA molecules is to present peptides to T cells (both CD4 and CD8 T cells), enabling them to recognize and eliminate “foreign” particles and also to prevent the recognition of “self” as foreign.

HLA plays a central role in immune surveillance, and HLA polymorphisms may impact the ability of the immune system to identify foreign or malignant cells and target them for T cell-mediated elimination. HLA class I proteins (HLA-A, -C, and -B) present peptides from endogenous proteins to cytotoxic T lymphocytes. HLA class II proteins (HLA-DRB3/4/5, -DRB1, and -DQB1) present peptides derived from exogenous proteins to CD4+ helper T cells. Downregulation of HLA is a well-defined mechanism of immune surveillance by viral infections and in neoplastic cells. HLA gene polymorphism has been found to be associated with cancer, autoimmune, and infectious diseases.