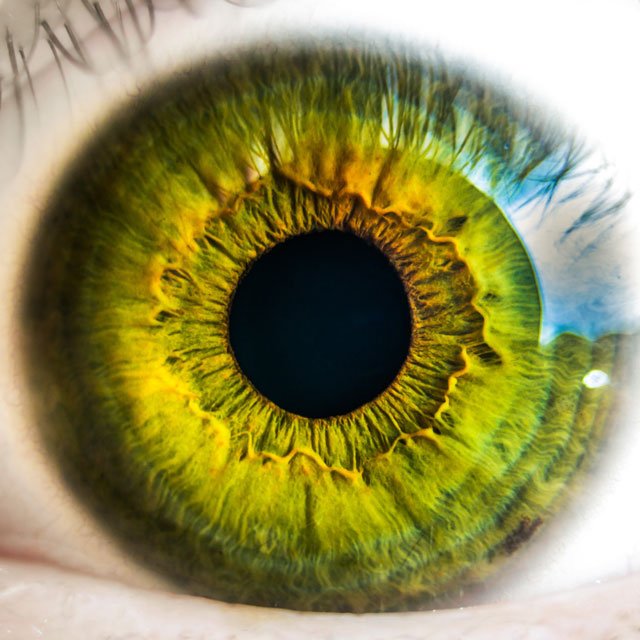 What Is Visual Contrast Sensitivity (VCS)

The Visual Contrast Sensitivity (VCS) test is a measure of the neurological function of vision called visual contrast. It can show the direct neurological affect of cytokines on the brain. Although not specific for biotoxin burden is is a good screening tool for biotoxin illness and used in many practitioners practices. This test correlates with the patients biotoxin burden.

People who can not pass this test may have trouble with night vision, blured vision, light sensitivity.

This test detects neurotoxicity in the optic nerve pathways.  Anything that creates oxidative stress and severely disrupts mitochondria in the retina is likely to cause a person to do poor on this test.

The VCS can be executed in the physician's office or an easier method is to use an online option that is available at Dr. Shoemakers website: survivingmold.com Physicians can also purchase the in-office VCS kit at the Surviving Mold website or from other companies.

It is thought that 8% of people who have Mold related illness/CIRS will have a normal VCS test. Therefore it is not a full proof screening tool. The physician must catch those 8% by their signs, symptoms, their history and the use of additional tests.

Although there are many false negatives, there are less than 1% false positives.

The person testing their VCS needs to have a visual acuity that is better than 20/50 in each eye that is being tested. Both eyes need to pass. If one eye passes and the other does not, this is considered a failed test.

In my opinion this test is a very useful screening tool and easy to use since it can be performed online. Additionally, it can be used to follow a patients progress as well as relapses.

This test is a measure of a neurological function of vision called visual contrast. Although not specific for biotoxin burden is is a good screening tool for biotoxin illness and used in many practitioners practices.

Other Things That Can Affect Visual Contrast Sensitivity

Where To Get A Free VCS

A place you can get a free VCS test or make a donation: https://www.vcstest.com/

Research On Use Of VCS, Neurotoxicity And Biotoxin Illnness

Neurotoxicol Teratol. 2005 Jan-Feb;27(1):29-46.
A time-series study of sick building syndrome: chronic, biotoxin-associated illness from exposure to water-damaged buildings.
Shoemaker RC1, House DE.
Author information
Abstract
The human health risk for chronic illnesses involving multiple body systems following inhalation exposure to the indoor environments of water-damaged buildings (WDBs) has remained poorly characterized and the subject of intense controversy. The current study assessed the hypothesis that exposure to the indoor environments of WDBs with visible microbial colonization was associated with illness. The study used a cross-sectional design with assessments at five time points, and the interventions of cholestyramine (CSM) therapy, exposure avoidance following therapy, and reexposure to the buildings after illness resolution. The methodological approach included oral administration of questionnaires, medical examinations, laboratory analyses, pulmonary function testing, and measurements of visual function. Of the 21 study volunteers, 19 completed assessment at each of the five time points. Data at Time Point 1 indicated multiple symptoms involving at least four organ systems in all study participants, a restrictive respiratory condition in four participants, and abnormally low visual contrast sensitivity (VCS) in 18 participants. Serum leptin levels were abnormally high and alpha melanocyte stimulating hormone (MSH) levels were abnormally low. Assessments at Time Point 2, following 2 weeks of CSM therapy, indicated a highly significant improvement in health status. Improvement was maintained at Time Point 3, which followed exposure avoidance without therapy. Reexposure to the WDBs resulted in illness reacquisition in all participants within 1 to 7 days. Following another round of CSM therapy, assessments at Time Point 5 indicated a highly significant improvement in health status. The group-mean number of symptoms decreased from 14.9+/-0.8 S.E.M. at Time Point 1 to 1.2+/-0.3 S.E.M., and the VCS deficit of approximately 50% at Time Point 1 was fully resolved. Leptin and MSH levels showed statistically significant improvement. The results indicated that CSM was an effective therapeutic agent, that VCS was a sensitive and specific indicator of neurologic function, and that illness involved systemic and hypothalamic processes. Although the results supported the general hypothesis that illness was associated with exposure to the WDBs, this conclusion was tempered by several study limitations. Exposure to specific agents was not demonstrated, study participants were not randomly selected, and double-blinding procedures were not used. Additional human and animal studies are needed to confirm this conclusion, investigate the role of complex mixtures of bacteria, fungi, mycotoxins, endotoxins, and antigens in illness causation, and characterize modes of action. Such data will improve the assessment of human health risk from chronic exposure to WDBs.
PMID:
15681119
DOI:
10.1016/j.ntt.2004.07.005

PDF
Abstract
Tetrachloroethylene (also called perchloroethylene, or perc), a volatile organic compound, has been the predominant solvent used by the dry-cleaning industry for many years. The U.S. Environmental Protection Agency (EPA) classified perc as a hazardous air pollutant because of its potential adverse impact on human health. Several occupational studies have indicated that chronic, airborne perc exposure adversely affects neurobehavioral functions in workers, particularly visual color discrimination and tasks dependent on rapid visual-information processing. A 1995 study by Altmann and colleagues extended these findings, indicating that environmental perc exposure at a mean level of 4,980 microg/m(3) (median=1,360 microg/m(3)) alters neurobehavioral functions in residents living near dry-cleaning facilities. Although the U.S. EPA has not yet set a reference concentration guideline level for environmental exposure to airborne perc, the New York State Department of Health set an air quality guideline of 100 microg/m(3). In the current residential study, we investigated the potential for perc exposure and neurologic effects, using a battery of visual-system function tests, among healthy members of six families living in two apartment buildings in New York City that contained dry-cleaning facilities on the ground floors. In addition, a day care investigation assessed the potential for perc exposure and effects among workers at a day care center located in the same one-story building as a dry-cleaning facility. Results from the residential study showed a mean exposure level of 778 microg/m(3) perc in indoor air for a mean of 5.8 years, and that perc levels in breath, blood, and urine were 1-2 orders of magnitude in excess of background values. Group-mean visual contrast sensitivity (VCS), a measure of the ability to detect visual patterns, was significantly reduced in the 17 exposed study participants relative to unexposed matched-control participants. The groups did not differ in visual acuity, suggesting that the VCS deficit was of neurologic origin. Healthy workers in the day care investigation were chronically exposed to airborne perc at a mean of 2,150 microg/m(3) for a mean of 4.0 years. Again, group-mean VCS, measured 6 weeks after exposure cessation, was significantly reduced in the nine exposed workers relative to matched controls, and the groups did not differ significantly in visual acuity. These results suggested that chronic, environmental exposure to airborne perc adversely affects neurobehavioral function in healthy individuals. Further research is needed to assess the susceptibility of the young and elderly to perc-induced effects, to determine whether persistent solvent-induced VCS deficits are a risk factor for the development of neurologic disease, and to identify the no observable adverse effect level for chronic, environmental, perc exposure in humans.

You can find additional research on use of VCS at https://www.vcstest.com/resources/research/