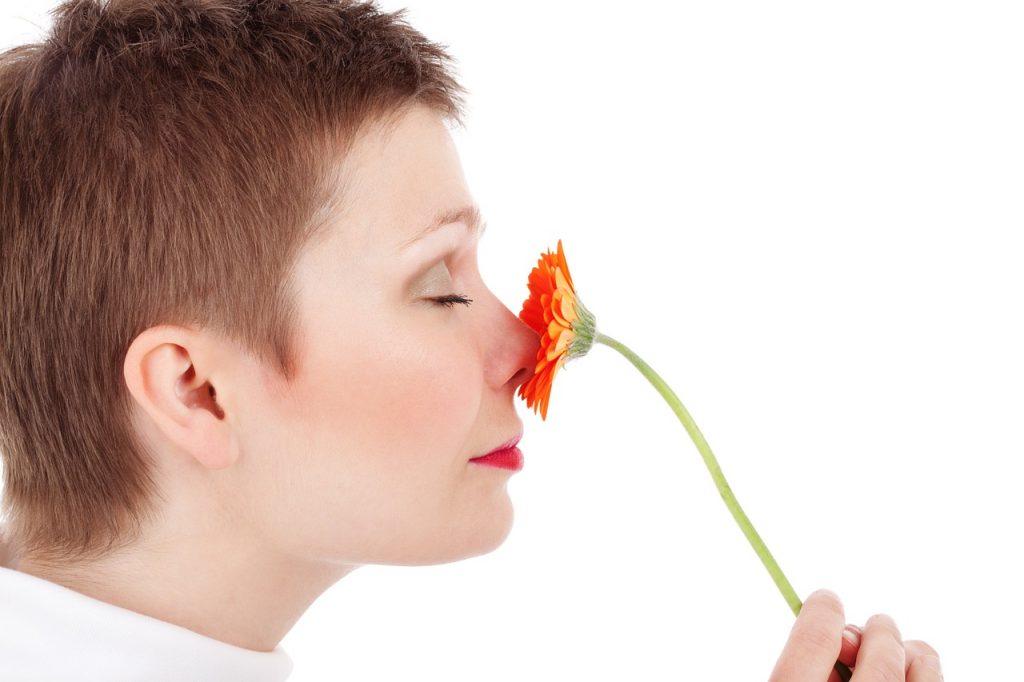 Loss of Smell Due to Mold In Water-Damaged Buildings

∞ It is common for an individual dealing with symptoms from chronic mold exposure to say they can't smell the mold.  Usually the human nose can detect extremely low concentrations of  volatile organic compounds from molds and bacteria in water-damaged buildings. Interestingly enough, after the individual removes themselves from exposure to a water-damaged building and start healing, they eventually say their ability to smell musty smells comes back to them again. I have been fascinated by this process and wonder what is taking place.  Some interesting research has been undertaken regarding this subject on how mold  causes loss of smell.

It is known that some chemicals, like hydrogen sulfide cause olfactory fatigue where individuals quickly lose their ability to smell them after exposure. This happens to people when they walk into a water-damaged house. It can take seconds or minutes, but it does not take too long before a person can no longer smell the offensive odor. If the person goes outside for a few minutes and returns indoors, they once again smell the musty smell. However, what is going on with the people chronically exposed that lose their ability to smell musty items for long periods of time and don't regain it until they are no longer exposed?

How Mold Causes Loss of Smell

Researchers at Michigan State University’s Center for Integrative Toxicology found that a toxin produced by the mold Stachybotrys chartarum can damage nerve cells in mice that are necessary for the sense of smell.

They found low doses of satratoxin G administered into the noses of mice killed the sensory neurons that detect odors and send the signals to the olfactory bulbs in the brain. The toxin does not kill any other cells nearby, just the olfactory nerves.

Most people usually get their sense of smell back eventually, so I was not surprised to find out that these neurons may simply grow back.  In studies with vesicular stomatitis virus squirted up mouse noses, this virus infected and also destroyed neurons, but they found those neruons grew back. The neurons further up in the brain were not affected, which is lucky since they can't be regenerated. It appears they were not infected because microglia and killer T cells eliminated the virus from the infected neurons without killing the neurons. So, I am assuming that something akin to this may be happening in people who are chronically exposed to certain types of mycotoxins, and their ability to smell moldy buildings decreases, or is lost only to be regained later, when they are no longer exposed to a water-damaged building.