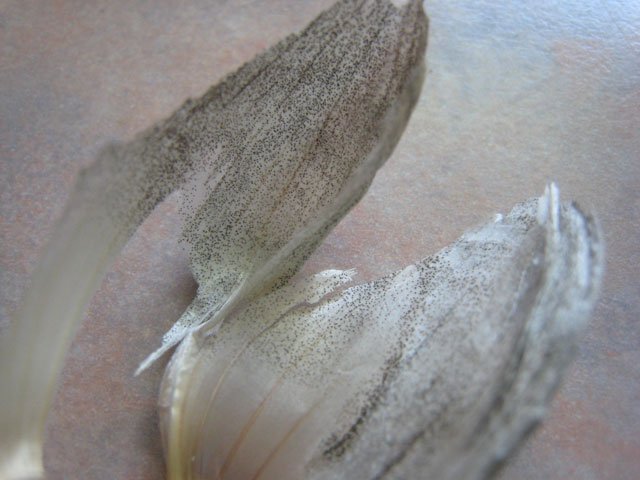 Aspergillus Niger Growing On My Garlic

I was cooking a bean and escarole dish this afternoon, when I noticed my garlic had a slight blackish discoloration in-between the outer and inner skin. I got my handy dandy magnifying glass out and found a black fungus conidia growing on the skin. Some had fallen off the peeled skin and onto the garlic bulb.  The bulb itself had a slightly off smell to it.

It was Aspergillus niger.  Aspergillus niger grows on both onions and garlic. It is most commonly found in areas where onions, and garlic are grown under warm conditions such as the desert areas of California. Aspergillus is more common on onions, but also found on garlic.

Ochratoxin A Made By Some Aspergillus Niger Strains

Since some Aspergillus niger strains can grow the mycotoxin ochratoxin A, it is best to throw out all food that appears to have this fungus growing on it.

How To Keep Your Garlic From Growing Aspergillus Niger

Keeping the garlic below 55°F (12.8°C) and as low as 33°F (0.6°C) is recommended to suppress black mold development. This should be done during both storage and shipment of the bulbs. Additionally, avoid bruising of the bulbs by handling them carefully. This will reduce injury and invasion sites for the fungus. This is important as the fungus develops where there is disease or injury causing an opening in the skin of the garlic.

Besides onions and garlic, Aspergillus niger is also found on additional vegetables and certain fruits, including grapes, apricots, and peanuts. It is a common food contaminant. It is in the soil everywhere. The common name black mold, causes confusion with Stachybotryis which is also called black mold.However, these are two different molds. 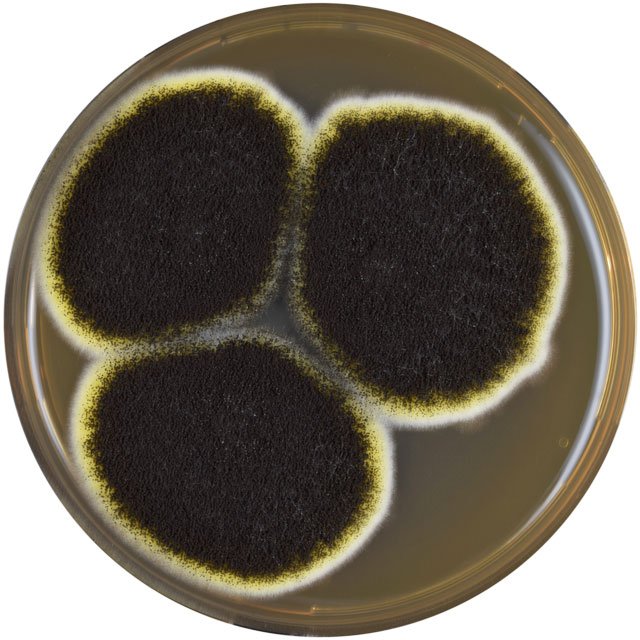 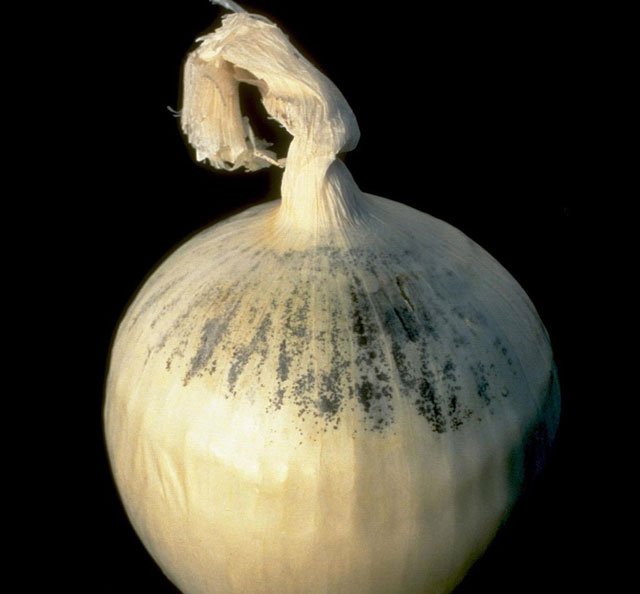 Luckily, Aspergillus niger rarely causes disease. However, some strains of A. niger produce ochratoxin A, which is a hazardous mycotoxin. In the past there was a debate about A. niger making ochratoxin, but it appears that  3-10% of the strains tested are able to make ochratoxin A. This does not mean 3-10% of A. niger found growing produces the mycotoxin. It means 3-10% of the fungus is capable of producing ochratoxin A, if the right conditions are created for mycotoxin growth. Fungus can grow without making mycotoxins. Fungus is more likely to make mycotoxins under conditions of stress. Besides the possibility of making ochratoxins, Aspergillus niger can cause aspergillosis when the spores are airborne. This is more likely to occur among horticultural or agricultural workers inhaling dust from spores. It is also a cause of fungal ear infections in tropical areas. The other group of people more prone to developing aspergillosis are those who are immunocompromised.

You can learn more about the Aspergillus genus and the toxins ochratoxin and aflatoxin, here.

What is important here, is to throw away any food that appears to be growing Apsergillus niger. Don't try to be frugal and wash it off either. It is best to simply throw it all away.

The garlic skin I photographed above is a close up, and you won't see this much detail on the garlic skin unless you look closer with a hand lens or microscope. It will simply look like the skin has a dirty appearance.

To receive a 25% discount on Dr. Sharol’s books on this website go to our Book Store where a Holiday Sale is taking place. We give free shipping in the USA.