Mycotoxins And Endotoxins From Mold And Bacteria In Tobacco & Cigarettes 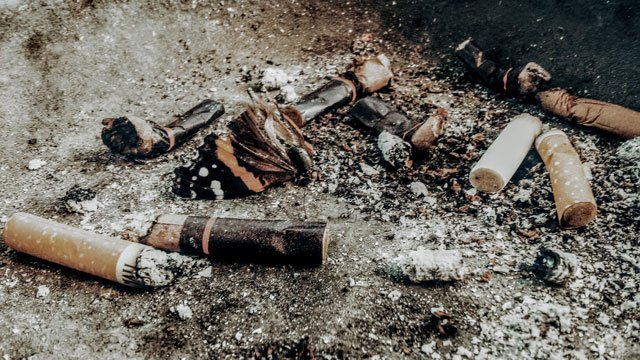 More Than Chemicals In Those Cigarettes Making You Sick

That cigarette that is making you sick might contain more than the tobacco and chemicals you already know about.

We know that cigarette smoke is associated with chronic inflammation that leads to malignant transformations of the mouth, and respiratory tract. We have associated these health issues with the more than 5,300 chemicals in the smoke.  However, could it be possible that this chronic inflammation is in part due to the bacteria, fungi and their endotoxins/exotoxins and mycotoxins that are found in tobacco? A research review was undertaken in 2011 by John Pauly and Geraldine Paszkiewicz to answer this question. I read the review and I am sharing some of the tidbits in this article. For the full review of  tobacco research go to Cigarette Smoke, Bacteria, Mold, Microbial Toxins, and Chronic Lung Inflammation. http://www.hindawi.com/journals/jo/2011/819129/

There is plenty of evidence that bacteria and fungi as well as their toxic products may contribute to the health risks of smoking and of smokeless tobacco products.

The Riff Raff Found In The Tobacco

Some of the tobacco-associated microbial/fungal elements include Gram positive and Gram negative bacteria, as well as bacterial spores and bacterial endotoxins and exotoxins such as lipopolysaccharide (LPS) (an inflammatory factor), yeast and molds as well as fungal spores and mycotoxins such as aflatoxin B1 (associated with liver cancer),  and fungal cell wall components such as glucans and flagellum.

These Organisms Cause Inflammation

Mold In Tobacco And Marijuana

Mold has been identified in the tobacco of popular brand cigarettes and in marijuana. It has been known that cigarettes are contaminated with tobacco since 1971. Some people switch to “natural” tobaccos thinking they are safer as they lack some of the chemicals. However, they too can harbor mold and bacteria.

In 2000, The Journal of the American Medical Association, addressed the heath risks associated with fungal contaminates of tobacco and marijuana and they concluded that all of the 14 brands of cigarette tested had some degree of fungal contamination, although not every cigarette was found to have a positive culture.

Bacterial lipopolysaccharides (LPS)  have been shown to be a component in cigarette tobacco and cigarette smoke. High levels of LPS are inhaled during active cigarette smoking and second hand smoke appears to involve inhalation of amounts that are dramatically greater than those existing in indoor environments that are free from tobacco smoke.

One More Thing About Tobacco And Cigarettes To Be Wary Of

The reviewers pointed out that the FDA does not apply the same standards to leaf tobacco or any of the smoking products or smokeless tobacco as it does food. I agree with the reviewers and think mycotoxin, endotoxin/exotoxin levels should be established to provide an adequate margin of safety to protect not just human tobacco users, but also those of us who are accosted with their second hand smoke unwillingly.