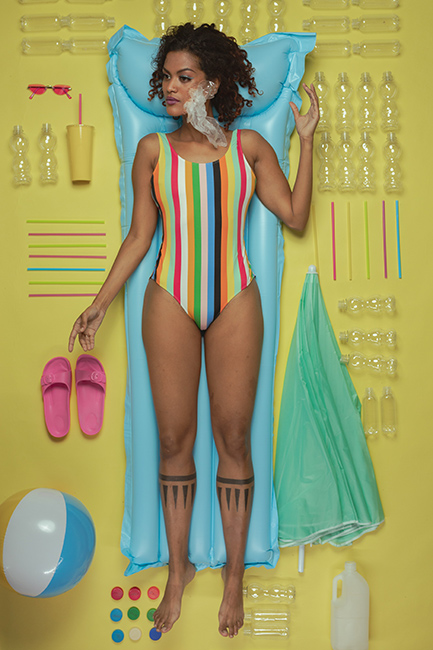 ∞ Phthalate exposure is an ever increasing concern. Researchers of a  new population-based longitudinal cohort study are demanding urgent regulatory action to protect consumers from these synthetic chemicals found in so many products and found in studies to lead to early deaths. This recent study found that those individuals with the highest levels of phthalates had a greater risk of death from any cause. They found heart disease to be especially problematic.

You may have heard of phthalates  by their other name "plasticizers". They are synthetic chemicals that have been used to make plastics and resins. Phthalates are largely used in manufacturing of products to make them elastic. They make products flexible, transparent and durable. The long-chain or high molecular weight phthalates are used as a part of polyvinyl chloride (PVC), while the short-chain or low molecular weight phthalates (LMWP) are used in the manufacture of personal care products, solvents and adhesives

Where Phthalates Are Found

Phthalates are in hundreds of products and because companies have included them in so many products, they can now be found in the soil where we grow our food, as a part of the water we drink, and in the air we breathe.  The reason they are all over is that they leach out of products over time. Have you noticed plastics tend to get harder and more brittle over time? This is due to the phthalates leaching out of the product as time passes.  It is easy to be exposed to phthlates as they surround us in building products as well as body care products. Products they are found in include, but is not limited to the following:

Phthalate Exoposure Affects On The Body

Most Americans tested are found to have multiple metabolites of various phthalates in their urine. Even infants have been shown to have phthalates in their urine when tested. In the journal "Pediatrics" where they looked at Phthalate exposure in infants, they found those infants exposed to the most infant care products, specifically baby shampoos, baby lotions, and baby powder, showed increased levels of phthalate metabolites in their urine and the level kept increasing as more products were used. They found the association the greatest in the young infants and pointed out they are more vulnerable at this young age to developmental and reproductive toxicity.

Phthalates end up in our body through various processes as they can be absorbed through the skin, breathed in, or ingested in food or drink. Additionally, due to their being in many medical plastics, they can also end up in your body through intravenous route or through other medical bodily exposures. The mother appears to be able to share her phthalates with the fetus through the placenta allowing for changes in embryonic and fetal development. It is thought that the largest source of phthalates is from food we eat. Just think of all the various types of plastics that encase our food products. This includes the plastic food is purchased in as well as the plastic containers people store their food in. Phthalates cause dysfunction in the endocrine system which means your hormone production is disrupted. Research has shown they affect and cause problems in the reproductive and immune system. Endocrine disruptors like phthalates are hard to study as the effects they cause are all down the line. You don't drink out of a plastic bottle with phthalates and see an acute reaction. It happens over time. Exposure as a fetus or young child to phthalates may not become apparent until they are adults.

Phthalates have been associated with:

What Is Being Done About Phthalate Exposure

Some smart companies have sensed consumers growing apprehensive around phthalates and are switching to non-phthalate plasticizers.  This has also decreased companies from using recycled plastic, which in all likelihood contain phthalates. Therefore, many companies are moving to use of only new PVC in their products rather than recycling old PVC. PVC is used in the manufacture of many medical devices and is an area where a lot phthalates have been used. (PVC is a whole different can of worms)

The Consumer Product Safety Commission has prohibited children's toys and care products that are used for children to have any more than 0.1% phthalates. The Commission’s final rule bans children’s toys and child care articles containing more than 0.1 percent of five specific phthalate chemicals.

The FDA limits the use of phthates in some consumer products such as in food and cosmetics.

Regarding cosmetics: In the USA there is the "Fair Packaging and Labeling Act" where the FDA requires an ingredient declaration on cosmetic products sold at the retail level to consumers.  However, it does not require fragrance listing, so if phthalates are in a fragrance it does not have to be listed, but if it is fragrance free and does not list phthalates, it should be phthalate free. Sadly, it does not apply to cosmetics used in salons.

Some individual states have laws against phthalates and you can check to see what your state does. For example there are six phthalates listed on California's Proposition 65 that can cause birth defects, brain damage, reproductive harm, or cancers to the end-users. These phthalates are:

What You Can Do

It is obviously hard to avoid phthalates.  However, many of us have been trying to avoid plastic items for many years and there are things you can do. Rather than using plastic containers to store foods, you can use glass. There are glass food storage containers you can purchase or you can use canning jars to store food. I don't think cosmetics are even necessary, so I advice people to stop using them. Never heat food in a plastic container. Don't use plastic water bottles or buy food in plastic containers. While talking about foods, I should mention that this is another reason to eat organic food, as phthalates are in pesticides as well as sewage sludge that is used on conventional agriculture.

Plastic wrap use around food is also an issue. Although, not all plastic wrap contains phthalates, it may instead contain 2-ethylhexyl adipate which is associated with liver tumors in rodents.  So, also be aware, that just because you are using something phthalate free that is plastic does not make it safe.

What about the phthalates in water pipes? It is claimed that activated carbon filters remove most of the  DEHP found in these pipes. Nano-filtration systems are said to remove more phthalates.

There are many organic lotions, shampoos and other organic body products available so you have no reason to use the ones with phthalates. You can even make many of your own body products.

The new car smell is from phthalates, so consider a used car.

Check all new building products to see if they have phthalates such as carpeting, flooring, wall coverings. Check your kids toys, and if you use plastic or rubbery sex toys, they probably have phthalates too. Fragrances should be avoided like the plague. When fragrance is listed on a label it often has phthalates as the word fragrance does not have to tell you what is used in the fragrance legally. So, unless the air freshner or perfume is known to be safe, assume pthalates and especially assume pthalates if it says "fragrance" or "parfum" on the label. By the way, fabric softeners often don't tell us what the fragrance is in their product and phthalates are often in this product.  I find these very annoying as they are used by a large amount of people who do not realize they are purchasing a toxic product that is next to their family's skin, allowing for dermal absorption as well as being breathed in from the air of their home. These chemicals are also very hard to remove from fabric once the softener chemicals get into the clothing.

How do you know if a plastic container has phthalates? If using plastic items, look for the number 3 or 7 on the product which may contain phthalates. Plastic products with the numbers 1,2 and 5 are supposed to be phthalate free.

If you are looking at plastic toys for kids and it is soft and pliable it probably contains phthalates unless it says otherwise. If someone is giving you the toys their kids no longer need,  consider that all the old toys often contain phthalates and the new toys are less likely to. Any pliable, softer plastic item made before 2009 probably has phthalates. Hard plastic items probably do not. Remember, phthalates are used to make plastic softer, and elastic, so it is these softer, more pliable items that often contain phthalates. However, over time those softer items do harden up as the phthalates leach out.

Labels usually list the specific phthalate, so you need to look for those specific names. They are often abbreviated too. Here are some of the more common ones seen.

Phthalates have been found in sweat, so exercise and the use of saunas may be helpful in removing them.

Phthalates are removed from the body by detox processes that can involve hydrolyzation to monoesters, the cytochrome P450 enzymes and glucuronidation. Supporting glucuronidation will help with conjugation and using antioxidants will help protect the body from oxidative processes during detox of phthalates.

Effects and Mechanisms of Phthalates’ Action on Reproductive Processes and Reproductive Health: A Literature Review