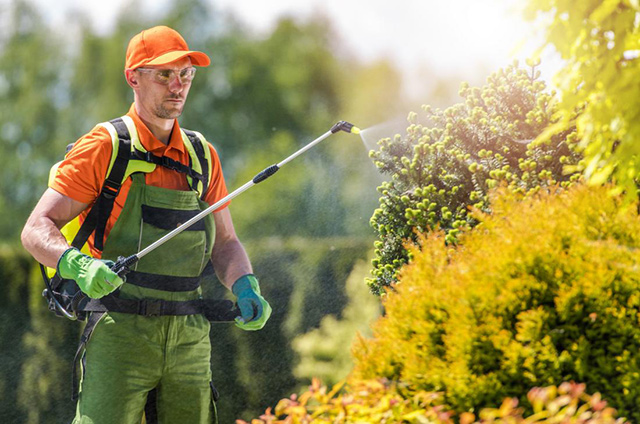 Pyrethroid Insecticides Are Not Safe And Decrease Life Expectancy

I recently had a neighbor hire a company who sprayed pyrethroids  on their property that ended up on my property. The neighbors thought it was a natural and safe product as the company spraying the product  told them it was. However, pyrethroid insecticides are not safe. Not only is this product sprayed on our food, but it is commonly sprayed in the air over forests and cities to kill insects such as beetles and mosquitoes. Pyrethroid insecticides are everywhere.

Pyrethroid insecticides are associated with all cause mortality & specifically 3 times increased cardiac mortality. Holy moly, these insecticides are sprayed all over the place! We have been told the natural permethrin is safer and it probably is from what I have seen, but that does not make it safe. Pyrethroid and permethrin insecticides have never been safe and pyrethroids have been shown to decrease life expectancy.

A  study reported a 50 percent increase in total mortality and three-fold increase in heart disease deaths in individuals with high urinary levels of 3-phenoxybenzoic acid (3-PBA), a metabolic product of pyrethroids indicative of human exposure and used in research studies to measure the amount of pyrethroid exposure in a person.

Wei Bao and his team of researchers at the University Of Iowa analyzed data on 3-phenoxybenzoic acid levels in urine samples collected from 2,116 adults aged 20 and over who participated in the United States National Health and Nutrition Examination Survey between 1999 and 2002. They cross-referenced mortality records to determine how many of those adults in their data sample had died by 2015 and of what cause.

Pyrethroid insecticides are all to often on our food, and people who eat fruits and vegetables that have been sprayed with them end up ingesting the chemical. Residential use of pyrethroids in gardens and homes for pest-control is also a significant source of exposure. Those working applying pesticides in the agricultural industry or applying them for pest control around homes and businesses are are highly exposed. Pyrethroids are also found in household dust in homes of people that apply these pesticides in their living spaces. The fact that they are sprayed from planes overhead large populations of people, or in forests over all the wildlife is really disheartening.

Wei Bao and his team of researchers note that the market share of pyrethroid insecticides has increased since the 1999–2002 study period, which makes it likely the rate of cardiovascular disease-related deaths related to its exposure has increased, as well. However, Bao says, further investigation is needed to assess whether this hypothesis holds.

The metabolite, 3-PBA has a short half-life. It can be as short as 5.7 hours and yet the prevalence in this study of detectable levels in a large diverse, geographical population suggests there is constant, chronic exposure taking place.

Pyrethroids are one of the more commonly used  insecticides in the world, totaling thousands of kilograms and billions of dollars in U.S. sales. They are found in numerous commercial insecticide brands and are used widely in agricultural, public, and residential settings for pest control. Pyrethroids constitute the majority of commercial household insecticides. They are here, they are there, those darn pyrethroid insecticides are everywhere.

These pesticides are ubiquitous. They are sprayed over cities such as New York to prevent spread of West Nile virus by mosquitos. It is so commonly used nowadays, people have convinced themselves that this is entirely without harm.

No Insecticide Is Safe

Those of us, who keep sounding the alarm that no insecticide is safe, are all too often being proven correct. Yet, people simply replace one insecticide for another one, just like a diabetic changing from cake to cookies, thinking one is safer than the other. We keep replacing one toxic insecticide for another. Oganophosphates replaced DDT and people were told they were degraded rapidly in the environment which years later was prven to be entirely untrue. In 2001, the EPA banned them from households due to the risks they posed to the developing brains and nervous systems of children. Since then they were replaced with pyrethroids and pyrethrins. There are over 3500 registered commercial products with pyrethrins and pyrethroids in them according to the EPA. People use these insecticides on their lawns, on their fences, in their homes and in businesses. They are in pet shampoos and if your kid came home from school with lice, you might have put one of these insecticides on their heads. Cities spray them overhead for mosquito control and the nurseries selling plants spray them all over the place. Although most of them are sprayed only on conventional food, the natural non-synthetic pyrethin which is much lower in acute toxicity and is more easily detoxified and removed by the body as well as removed in the environnmet (supposedly) is totally legal to use on your certified organic food. I don't know organic growers that use pyrethrins as most feel they are too toxic to use, but many of the larger more industrial organic farms, do use the stuff and they don't have to notify you as it is legal for them to use it as an organic ammendment.

Concentrations Fround In Various Populations From the West To East Coast

In 2007-2009 in California, samples of urine were collected from 90 northern California families and found that one of the two most frequently detected urinary metabolites from insecticides was from pyrethroids called 3-phenoxybenzoic acid (3PBA) (62.4% median concentration of 0.79 ng/mL). Chlorpyrifos (98.7%), cis- and trans-permethrin (97.5%), bifenthrin (59.3%), and 3PBA (98.7%) were frequently detected in the floor wipes. Floor wipe concentrations for pyrethroid insecticides were found to be significant predictors of child creatinine-adjusted urinary metabolite concentrations (log–log regression coefficients ranging from 0.26 to 0.29; p < 0.05) suggesting that indoor residential exposure to pyrethroid insecticides is an important exposure route for children.

Another study of 1,452 New Yorkers found they were more than twice as likely to have pyrethroid metabolites in their urine than people in other areas of the country. This is thought to be due to the use of ppyrethroids for controlling infestations of bugs in the New York buildings as well as the overhead spraying for mosquitoes.

In a 2013 Canadian study it was found that a 10-fold increase in urinary levels of the pyrethroid metabolite cis-DCCA, was associated with a doubling in the odds of having a high level of parent-reported behavioral problems in their children.

Facts About These Products You Should Know

Pyrethrum
Pyrethrum is a natural insecticide extracted from the plant Chrysanthemum (Tanacetum cinerariaefolium).

Pyrethrum is considered non-persistent and is broken down rapidly in the environment by UV light and changes in pH.

Pyrethrins
Pyrethrum is a mixture of 6 related molecules known as pyrethrins. Pyrethrins are the constituents in the natural extract called pyrethrum.

Pyrethrins are effective on a broad range of insects and have been thought to present a very low risk to humans and pets when used around the home. However, being safer than pyrethroids, does not make them safe. At least they don't hang out as long as pyrethroids in the environment.

Pyrethroids
Pyrethroids are synthetic chemicals that mimic the activity of pyrethrins, but they are more persistent, resisting the action of UV and pH, so they remain effective for longer and are used for long term, residual, insect control. Pyrethroids were chemically manipulated to be more persistent, and more toxic on purpose.

I don't use these insecticides on food and suggest you don't also. I would also suggest you purchase your organic food from small local farmers who do not use pyrethrins or better yet, grow your own food. Give this article to your neighbors if they are spraying these toxins. Most people don't want to poison themselves and their children, but they are simply not cognizant of the serious effects of pyrethroids. Discuss with others if they want pyrethroids in their food. Check to see if it is being sprayed overhead in your area for mosquitoes or other insects. Check to see if pyrethroids or other insectidies are being used to kill beetles or other types of insects in your nearby forests.