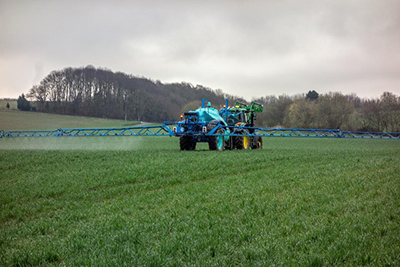 Testing For Glyphosate In A New Study

Americans Have High Levels Of Glyphosate In Their Bodies

Americans have been shown to have 1.75 mg per kilogram of body weight. There is greater likelihood of chronic illness in people with these levels compared to Europeans who have only 0.38 mg/kg.  They have been protected more from glyphosate as they have laws decreasing use of glyphosate in Europe and decreasing the import of genetically modified food.

Where Glyphosate is Coming From

Cities often use herbicides to kill weeds in parks, schools and other public properties while counties use them to kill weeds along highways.

Many homeowners remove weeds from their yards by spraying herbicides. Roundup® is a popular choice amongst homeowners.

Glyphosate became popular as it kills both monocots (think grasses) and dicots (think most of our garden plants), giving a clean kill of everything. It is often used on farms prior to planting, or used on crops that are genetically modified (called Roundup® Ready) in such a way that the crop does not die when sprayed with the glyphosate product registered as "Roundup®", making it possible to spray the field of food at any time, as many times as needed, killing the weeds around the plant, but not the food being grown. Additionally, the company that originated this product as an herbicide, told us that it did not accumulate in the soil and that it was safe to use. We now know this is not true, but many people originally believed this when the products was advertised as safe and non-accumulative. It lead to the use of five billion pounds of glyphosate worldwide and is why we find it all over the planet now.

Genetically engineered herbicide-tolerant crops now account for about 56 % of global glyphosate use. There are no other herbicides known to have such widespread use.

Many of us believe environmental toxins are at the crux of chronic illness. They block our ability to get well from normal illness by adding to the load our body has to deal with, but they are also may be the primary cause of many chronic diseases. Certainly, many research studies are pointing in this direction.

I have written quite a few articles on glyphosate and it's association with a variety of ill health effects in the past and suggest you read through them. I list them below.

Glyphosate Is Correlated With The Following Illness

Testing For Glyphosate In The Urine Is Easy

I use a lab called Great Plains Laboratory.

Physicians can order this test for their clients and it appears some practitioners list this on their website for non clients to order.

I see it is being sold through  "My Labs For Life".

More Information On Glyphosate Can Be Found Here

These are past articles I have written about glyphosate:

Sadly, it has taken us a long time for society to begin to realize just how toxic glyphosate is. I posted a review of a  research article back in 2012 that was an impeccable study showing the dangers of GMOs and Roundup® tolerant crops. This research was defamed by Monsanto in order to keep people from believing it, and therefore most people ignored it it at the time.