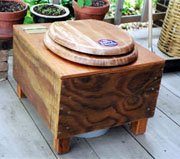 This 4th edition of the Humanure Handbook is one of those books that would change the world if only everyone would read it. I wish I could afford to buy the book for everyone on the planet. I for one am grateful to the author, Joseph Jenkins for writing this updated version. I take my hat off to you Joseph. A job well done. What a lot of work you put into this book!

If You Want To Make The Earth A Better Place To Live, Just Read This Book!

I am an avid composter and always felt humane waste was not being utilized properly. In my twenties I found myself with friends renting a falling down farm house on acreage in the country where I started my first garden.  I was taking pre-med classes for naturopathic school, and was fascinated by chemistry, and constantly trying to figure out how everything worked on a biochemical level. I quickly realized there was nitrogen in our urine, and feces that was completely going to waste when it could, and should be in my garden. This whole idea of putting our urine, and feces into the toilet, and sending it to a septic holding tank, or a treatment plant where it has chemicals added to it, and then dumping it into the river, seemed absurd to me. So, I asked my room-mates to pee into a bucket for me, and I started an experiment giving half the garden peas the bucket pee, and the other half of the garden peas were the control peas, and received nothing extra. The peas given the urine were a darker green, and much bigger than the peas without pee. I am sure if you garden, you already guessed that. This started my journey on making better use of waste products.

Fast forward to 1995 in my thirties and I saw the first edition of Humanure. I was so excited to read it. I knew composting human waste could revolutionize our sewage system. Much of our waste could be turned in to a healthy, and life giving elixir for the earth, and Joseph Jenkins was providing us with all the details on how to do it in a manner that could make any squemish person become more comfortable with the topic. It is important to realize there is a huge difference in using "night soil" which is raw fecal waste, and the transformation of human feces into the soil enriching compost that Joseph is writing about. I gave copies of his original book to friends who I was surprised to find out actually read it.

Fast foreward again to today, and Joseph has released a fourth edition. What more could be said about composting humanure? I had to find out. In this 4th edition Joseph goes more in depth on the subject. He distills his 40 years of experience with humanure, and shares it with you in this enlightening book. You gain his observations from traveling the world and looking at various composting methods of humanure that exist all over the Earth.

He begins the book talking about the microbiome in our bodies. A topic near and dear to my heart. We now know that we have bacteria everywhere in our body and they are infinitely important. We are told there are more of them than there is of us, but I tend to look at it from the perspective that our bodies are a compilation of bacteria, and other critters that have created networks to create a multilayered organism that our souls can inhabit. We are just leasing a wonderful shell we call the human body.  A body, which by the way, will one day compost back into the Earth also.  Joseph shares a historical perspective on microbes in our lives, and leads up to his discussion of how useful some of them can be in making black gold out of humanure. He has an entertaining and historical description of bacterial activity on the planet.

What Different Cultures Do With Their Bodily Waste

Next he takes you around the world as he discusses what various cultures do with their bodily waste. This is followed by data on our water ways, and some of the things that are polluting it, as well as methods to harness nature to clean it up. He goes into great depth on sewage sludge which is a pet peave of mine. I thought I knew a lot about sewage sludge, but I really learned much more about it from him.  Sewage sludge  could be composted, which would make it safer, but it is usually used directly, as is, on fields of conventional farms, as well as bagged up, and sold in the store as "natural compost" to unsuspecting customers. Joseph explains how composted sewage sludge could be extremely useful, such as being used to clean up fields contaminated with heavy metals.  As you might expect, it is the bacterial activity that converts contaminated sewage sludge into healthier compost. That would be a blessing! Unfortunately, use of sewage sludge that is sold to farmers contains heavy metals, nitrates and other toxins as well as pathogens which can end up in the soil, and water ways since it is not composted.

If you read his chapter on human waste polluting the water ways, you will quickly realize that our bodily waste is creating a global catastrophe, and the waste coming out of our bodies is as deadly as any other toxin being produced on the planet. Plus many of those other toxins are in peoples feces and urine from eating pesticide/herbicide contaminated food, consuming drugs and other toxins from the air, or water that is removed by our bodies biotransformation systems (detox systems) and eliminated through the urine or feces. In first world countries, like the United States, the bodily waste that once created nightmares of contamination, and disease in cities has been rerouted out of our cities via sewer pipes to sewage treatment plants where chemicals are added, and it is then packaged up to be dumped on our soil as the sewage sludge mentioned previously, or directly deposited into the water. In the United States, much of what comes from our homes goes back into the water however (after chemical treatment). That is because 90% of what the waste water treatment plants receive is liquid. We also have waste overflow from sewage plants, or from sewer systems when the rain is excessive and everything runs into the rivers in it' raw, unaltered form. This is when the local radio station tells everyone to stay out of the river due to overflow. Joseph comments that 53% of assessed rivers, and 71% of lakes are listed by the EPA as impaired due to pollution. He goes on to say that 80% of wastewater humans create on the planet is discharged into the Earth's waterways.  Next time someone tries to blame the cows for the methane on the planet, they  might take a closer look at their own toilet habits.

Some of the chemicals used in water that is discharged back into the waterways is toxic from chemicals used to clean it prior to release. One of these is chlorine. It appears there may be 200 cases of bladder cancer and 6500 cases of rectal cancer each year in the U.S.A. associated with the simple act of drinking chlorinated water.

I was delighted to see him discuss the process of using wetland plants to process effluant from sewage treatment plants. Such a system has been set up in an Oregon botanical garden I visit on occassion and it appears to be quite effective. As he mentions, the wetlands method is affordable, energy-efficient, practical, and effective.

Why We Should Compost Humanure

Joseph goes over the important details of how to make good compost. He includes everything from the ABC's of making a compost  pile to the science behind it. For those of you wondering about pathogens in humanure, he covers that also. In case you are wondering, they are eliminated by making proper compost.  I loved that he gave a brief explanation of how to use cloth diapers, and add the diaper material to the compost toilet. The number of throw-away diapers in the sanitation dumps is simply atrocious. I am not even sure young people know about cloth diapers. So kudos to you Joseph for bringing it up. 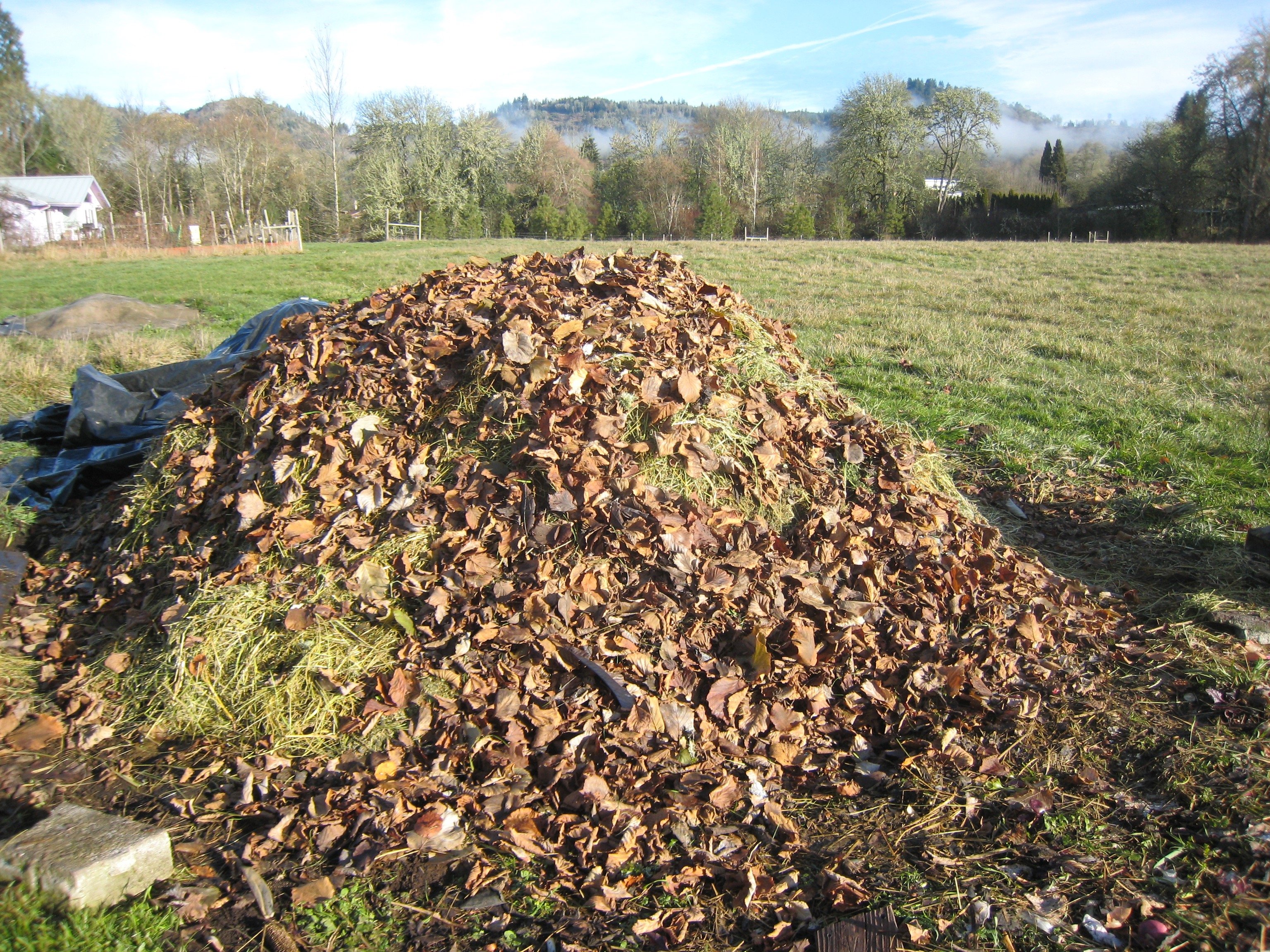 Joseph also examines different types of compost toilets and dry toilets. He really leaves no stone unturned in this book. If you want to know about humanure, compost, and all subjects related to the matter, this is the book to read!

A Great Link To Making A Quick Composting Bin

If you want to make a quick, cheap compost bin out of pallets, check out this link To the Humanure Store. The same page has information on composting toilets too.

I whole-heartedly suggest you get a few of The Humanure Handbooks and  hand them out to freinds. They make great presents. Everyone I gave his first edition to, thanked me and read it from cover to cover. All humans should know how to compost humanure safely on a small scale and the science behind it. Reading this book will change how you think of composting and how you think of human waste. Here is a link to purchase the book at Amazon.