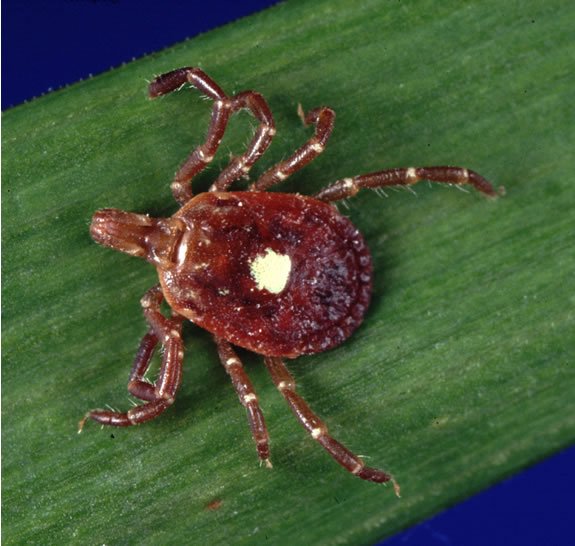 The Cause Of Red Meat Allergy

A link has been established between the Lone Star tick bites and an allergy to red meat. Now it appears chigger bites are also causing this same allergy. This is a serious allergy, not to be taken lightly.

If someone eats red meat (includes beef, lamb, venison, rabbit and pork) and they get anaphylaxis within 3-6 hours after the meal, the alpha-gal red meat allergy should be suspected.

Although it started in the S.E. United States, it is spreading into other areas of the United States and is now in other countries.

Alpha-Gal Sensitization Associated With Bites From Ticks And Chiggers

Alpha-Gal Red Meat Allergy has been associated with bites from The Lone Star tick (Amblyomma americanum), Ixodes ricinus, I. holocyclus, A. cajennese, A. sculptum and Haemaphysalis longicornis. Now it appears it is transmitted by chigger bites also.

Symptoms Of The Allergy

Alpha-gal has also been found in some types of ticks and bites from these ticks are thought to cause the alpha-gal read meat allergy.

Anyone can develop the allergy, but most of the cases are in people over 50 years old.

Alpha-gal is found in most mammals except in people, apes and monkeys. The first time the person has a response to the red meat containing alpha-gal, the body reacts to this sugar molecule as if it were a threat to the body. The immune system makes IgE antibodies to attack it. After this initial immune sensitization, each time the individual eats meat the alpha-gal will be bound by the IgE antibodies and cause tremendous amounts of histamine to be released.

Alpha-gal can be found in products made from mammals (including some medications, cosmetics, vaccines, gelatin, and milk products).

An allergist or other practitioner will take a detailed patient history, examine the patient and take a blood test for levels of alpha gal IgE, if alpha-gal allergy is suspect.

Avoid tick bites and apparently chigger bites too. Stay out of grassy, brushy and wooded areas if possible. Wear long pants tucked into socks, long sleeved shirts, and use insect repellant. Additionally, check for ticks when you have been in an area known to have ticks. If there is a tick found, remove it immediately.

I usually use essential oils to repel insects. I found a great research article that evaluated DEET and eight essential oils for their ability to repel the lone star tick.  It turned out that Oregano essential oil was the most effective, followed by Clove, Thyme, Vetiver, Sandalwood, Cinnamon, Cedarwood and Peppermint oils. None of them however were as effective as DEET. "The effective concentration of DEET that repels 50 % of ticks (EC50) was estimated at 0.02 mg/cm2, while EC50s of the essential oils fell between 0.113 and 0.297 mg/cm2. "

One of the issues with essential oils is that they are volatile. That means they will volatilize into the air and disappear. This means you have to reapply the oils often. The warmer it is, the more often they have to be applied. They should be applied to clothing rather than the skin, as the essential oils can become neurotoxins, or have other toxicities when applied in large amounts to the skin. I usually make up a spray with a base of 25-30% by volume of alcohol, using 95% strength alcohol(such as everclear) and 70-75% by volume of water.  The essential oil can be added to this alcohol/water mix. The alcohol is necessary to keep the essential oil in solution. You still have to shake it before applying as the alcohol/water base and essential oil will disassociate over time while sitting.

A research study released this week showed excellent repellency of Tagetes patula (common french marigold), used as a tincture to repel the tick Rhipicephalus microplus, a tick that causes huge loss of livestock.

For an article on everything you want to know about ticks, and how they transmit disease, as well as what to do if bitten, check out this tick article at the Tisserand Institute. It additionally has a recipe for use of essential oils in various types of bases.