Glyphosate Inhaled Into The Brain 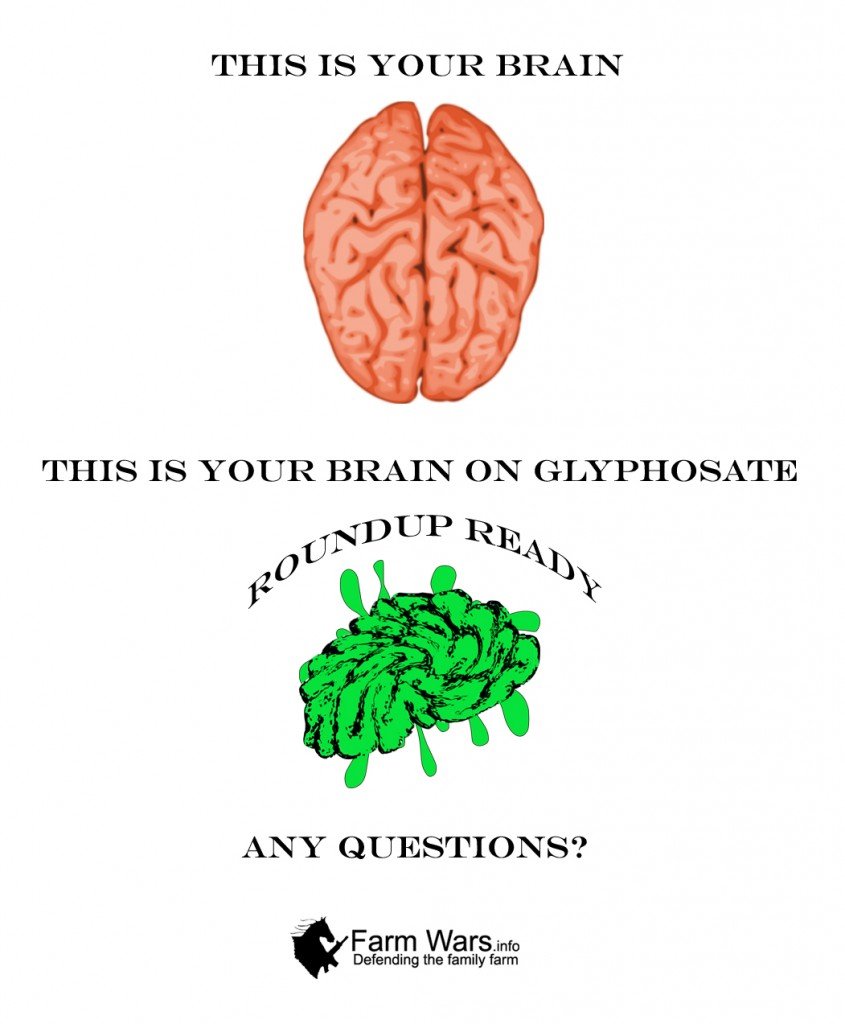 Glyphosate - RoundUp® Inhalation May Go Direct to Your Brain

Glyphosate is finally getting a lot of attention. It is about time. It has been wreacking havoc here on planet Earth for way too long. Now that many people know about the health, and planetary hazards, or at least have an idea it is unsafe, they think they can simply eat organic and be done with the glyphosate. However, this is not true. Glyphosate has been found in our water, in our air, tainting some organic foods, and even in the breast milk of mother's who are only eating organic. Sadly, it can bioaccumulate in all the organs and tissues of the body. At least this is what animal research has shown us.  If we were dissecting humans to look for it in their organs and tissues, I am sure we would see it there too. In humans, it is found in urine, feces and mothers milk.

You Can't Just Eat Organic And Forget About It

Well, you can severely limit your body burden, if you eat organic. This has been shown when you compare the urine of people who eat conventional foods with those of folks eating organic foods. So eating organic is definitely helpful. However, what about the fact that we know it is found in the water and in the air. This is probably where some of  the smaller amounts of glyphosate come from in those organic eaters that were tested.

We Breath In Glyphosate

I know the smell of glyphosate all too well. I can easily identify it if glyphosate has been sprayed in areas around me.  It would behoove you to learn what it smells like so you can avoid it. It is sprayed heavily in cities as well as on conventional and GMO farms. Driving down the freeway, or country road with your car window open in the spring can be a health hazard due to the heavy spraying, and volatization that goes on at this time of year. It is around at other times of the year, especially in the fall, but the spring is when it lies heavy in the air. 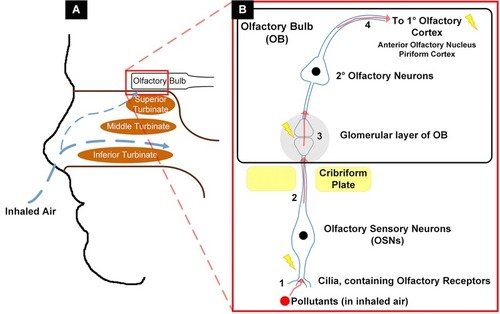 I have found that the time of spraying is not the only time it is in the air. If they spray on a cloudy or somewhat cool day, and then a few days later the sun comes out in all its glory, the glyphosate on the plants, or on the ground, volatilizes into the air. The hotter it is, the more it volatilizes quickly and thickens the air. If not as hot, less glyphosate goes into the air, but then I have noticed the smell  can linger for many days.  There is data showing glyphosate volatilizes, and therefore it is recommended to the person spraying that they spray at certain temperatures to keep the glyphosate on the plants and out of the air. However, these people who write up these directions for use of glyphosate seem to ignore the fact that it can linger for many days on plants while the temperature is low. If not washed off by longer periods of rain it will volatilize into the air as soon as the air becomes hot enough.

Glyphosate Is Sprayed All Over

Besides roadways, the other area to be aware of it is around your neighbors yards who spray it. Also be cautious around most apartment complexes and most city businesses where they spray weeds. This is a huge problem my friends.

Research on Glyphosate Absorption into the Nasal respiratory and olfactory tissues

I read a frightening research article in the summer of 2016 that showed glyphosate can be absorbed through the nasal mucosa via amino acid transporters, and could end up in much higher concentrations in the brain than would be predicted. Monsanto has claimed all along that glyphosate is not absorbed into the body. Well we know that statement is not true since glyphosate is found in tissues and organs. However,  this research showed that it is not just passively absorbed in the gut. It appears to be actively transported into the body.  It appears, the large amino acid transporters are picking it up and actively transporting it into our tissues. This is probably since the body appears to be thinking it is glycine. Read my article about glyphosate being an analogue for the amino acid glycine. You can also read Samsel and Seneff's research review about this. The researchers in this wonderful study theorize that since it is transported in the nasal respiratory, and olfactory tissues (these were the tissues they were examining in the lab,) by large amino acid transporters, that inhalation of it may lead to high nasal mucosal tissue concentration, and the potential for glyphosate associated with the olfactory epitehlium to transfer along the nose to brain pathways directly to the Central Nervous System (Your brain)! They think this is the reason for the occurrence of reported neurological toxicities.  Reading this made me so happy I had proof that inhalation of glyphosate was dangerous. Up until now, my concerns had pretty much been ignored by everyone I talked to. Unfortunately, the news also gives you that creepy feeling of wanting to go hide in the closet.

So, although eating organic will certainly help protect you to some degree and it will route your dollars away from support of conventional food growing, into support of organic growing, we ultimately have to stop using glyphosate on the planet ASAP along with ALL OTHER HERBICIDES AS WELL AS PESTICIDES. Education is key. Tell everyone you know why they should grow organic and eat organic. Show them this article. Show them other articles about glyphosate. (There are many, but see my articles below for easy access.) If we all do it, no more glyphosate will be sprayed. Also tell your representatives you want to stop all GMO farming and all use of glyphosate. However, we have to be careful here as the companies selling glyphosate are already simply using other herbicides in its place as they see the writing on the wall. Don't let them fool you into thinking they are safer. Remember, they told us glyphosate was safe, did not accumulate in the soil, did not absorb in the body etc. etc. Liars, liars, pants on fire!

This paper has provided adequate evidence to make everyone concerned about the use of glyphosate on the world food supply. If you don't already eat organic food, I hope reading this has steered you in that direction. Please send this article to your friends.